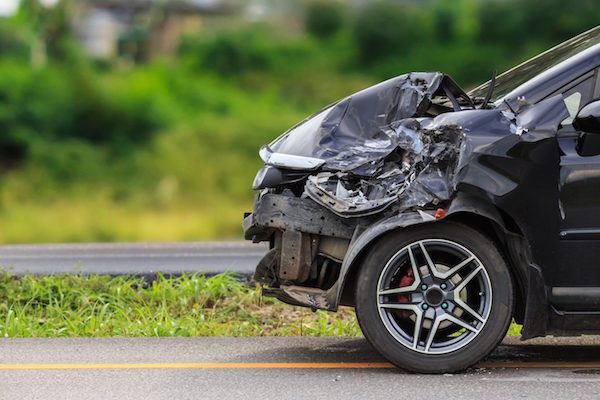 DONEGAL has emerged as the hit-and-run black spot of Ireland.

New research shows that the county has a higher proportion of hit-and-run claims than other counties.

Figures compiled by the Motor Insurance Bureau of Ireland (MIBI) show that half of the Donegal accidents reported to it involve untraced drivers.

Untraced incidents, which are commonly referred to as “hit-and-runs”, occur when the driver of one of the vehicles involved departs the scene of an accident without providing information to the other parties involved.

The MIBI is a not-for-profit company established to compensate victims of road-traffic accidents caused by uninsured and unidentified vehicles.

It is funded by the insurance companies in Ireland, whose costs in turn are then added to customers’ motor premiums.

The operation of the MIBI costs €60m a year, which works out at €30 on the average premium.

Figures put together by the MIBI for the Irish Independent show that a total of 2,261 hit-and-run incidents across all counties were reported to it over the past three years. This accounts for almost three out of every 10 events reported.

By far the highest number of these untraced incidents reported to the bureau occurred in Dublin. Close to 1,000 were reported in the capital between 2015 and 2017.

Limerick had the second-highest number of untraced incidents over the same period, at 149, closely followed by Cork on 145.

At the other end of the scale, only 10 of these incidents took place in Roscommon or in Leitrim, while Sligo saw 14.

But proportionately, the highest level of claims came from Donegal. There were 114 such incidents in that county, meaning that hit-and-runs accounted for practically one out of every two Donegal events reported to the MIBI.

Monaghan had the second-highest proportion of ‘hitand-runs’ during the 2015-2017 period, accounting for 42pc of their overall total.

MIBI chief David Fitzgerald said although incidents relating to uninsured drivers continued to make up the majority of claims reported to the MIBI,

accidents involving untraced drivers made up a sizeable portion of its overall activity.

“Alarmingly, there was a total of 800 such events last year, with more than 300 taking place in Dublin,” he said.

“We are also seeing a very high proportion of claims relating to these type of incidents taking place in some counties.

“This meant that almost one out of every two claims reported to the MIBI from that county were designated untraced.”

Mr Fitzgerald said every driver was aware that it is a very serious offence to leave the scene of an accident.

Modern forensics and surveillance are helping to track down more and more of these hit-and-run perpetrators.

Mr Fitzgerald warned that the MIBI was working closely with An Garda Síochána to ensure that all leads are pursued and thoroughly investigated when there is a claim involving an untraced driver.