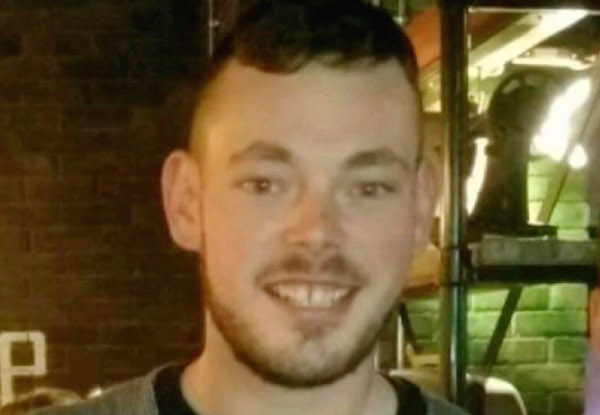 A Go Fund Me campaign for tragic Ramelton man Shaun Dunworth has raised almost a staggering €18,000 in just a day.

The fund was set up by friends of the 20-year-old to help with costs after his tragic fall in Australia last weekend.

Shaun, from Bridgend in Ramelton, was found seriously injured on an underpass in Sydney at the weekend remains critically ill in the local St Vincent’s Hospital with multiple head injuries.

His parents, Karen and Steven who made the 10,700 mile journey to keep a vigil at his bedside arrived at St. Vincent’s Hospital at 8.30 on Tuesday night after a gruelling 33 hour journey from Ramelton.

They are accompanied at the intensive care dept. by family relatives and friends as they hope and pray for Shaun’s recovery.

The family has invited the public to the celebration of a special Mass for Shaun’s well-being and restoration to full health in St. Mary’s church Ramelton on Tuesday evening at 6.30.

Mr. Dunworth who’d been in Sydney since January was reported to have been walking on the Warringah Freeway, a distance of 5kms from the Harbour Bridge on Sunday morning when he fell on to the concrete underpass.

Emergency services were called to the southbound lanes of the freeway following reports that a man had been found with serious injuries on the road under the High Street overpass.

Family members said that no vehicle was involved in the incident and they’ve described it as ‘a very tragic accident’.

The discovery was made by police around 4.40am, eastern standard time on Sunday morning. His family heard the news from the Gardai at their Bridgend home in Ramelton around 10.00pm on Saturday night.

On Monday Shaun’s parents, Steven and Karen began the long trip to be at Shaun’s bedside as the medical clinicians continued to assess and treat his injuries.

Shaun is fondly remembered for being in the children’s chorus line on the Town Hall stage and he always was the tallest schoolboy in town.His family and neighbours said

Shaun had worked in the shuttering trade in Dublin, Belfast and the UK before deciding to travel to Australia ‘to see a bit of the world’.

Ironically he had been accepted to start his three months work placement on this Saturday ahead of getting a visa.

Described as ‘the Gentle Giant of the family’ they’ve spoken about their trauma ever since Saturday night when the Gardai knocked at their door, having been contacted by the police in New South Wales.

His aunt Geraldine said they immediately got the distinct feeling that something terrible had happened and unfortunately their worst fears were realised.

The Dunworth family legend is ‘Steve’s Café’ at Market Cross and as news of the accident broke, staff and their loyal customers were in tears on Sunday as they waited for further news of Shaun’s condition.

From a family of three boys, Shaun’s older brother, Darren is completing his studies in pharmacy in England while his younger brother, Oran is a student at the Loreto Community College in Milford.

Shaun’s cousin, Grace rushed from Perth to keep a vigil by his bedside and a number of other emigrants from Ramelton are also at the hospital.

As the community around Ramelton and the Irish in Sydney have rallied around the family, his grandmother Kathleen says they’ve been overwhelmed and humbled by the depth of generosity, the prayers and sincere good wishes.

Kathleen Dunworth has thanked the clergy: Fr. Michael Carney PP: Fr Desmond Sweeney and Fr. Declan Boyce for their support and all their neighbours and friends in Ramelton who are helping them to cope in these difficult days.

The Go-Fund me account has now been established to help cover expenses. The link is http://www.gofundme.com/566czu-shaun-dunworth-recovery-fund

A dance in the Silver Tassie Hotel has been organised for Monday September 3rd featuring Jimmy Buckley, Robert Mizzell, Gary Gamble, Paul and Jason McCahill and Martin Orr. Admission is €20 and all donations will be welcome.

Tickets will be sold door to door in the Ramelton area over the coming week and all other donations will be much appreciated. 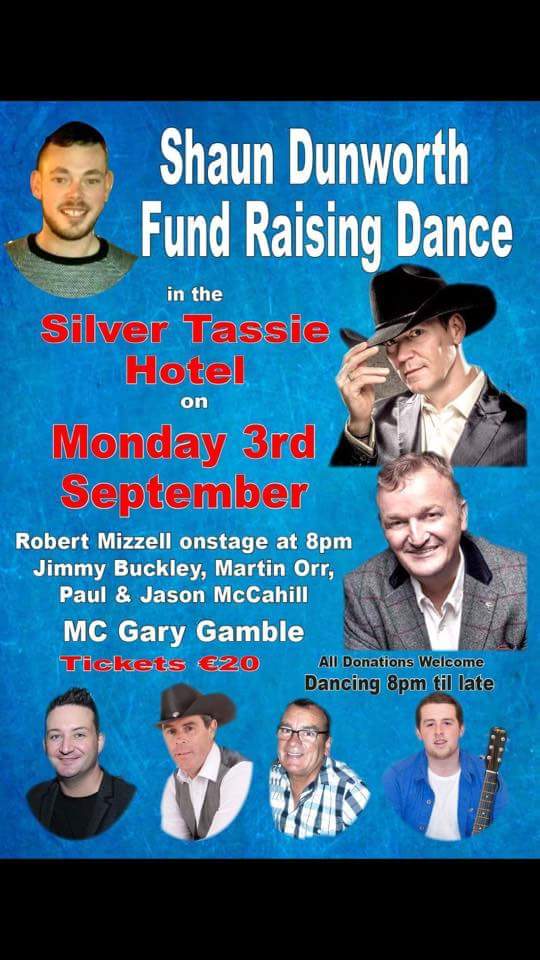