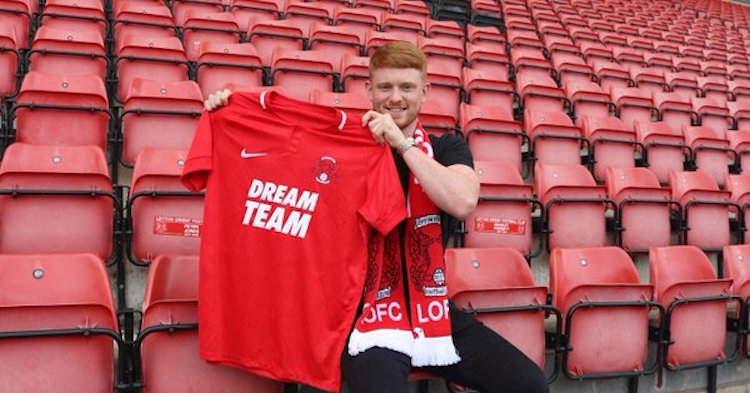 Dale Gorman made his return from injury on Monday night – and the Letterkenny man can’t wait to get into the thick of things at new club Leyton Orient.

Gorman joined the O’s after ending a five-year stint at Stevenage. Having broken an ankle in April, while playing against Coventry City, Gorman only came back into action on Monday, when he played a half in Orient’s 4-0 win over Greenwhich Borough.

Now, the midfielder hopes to help the Justin Edinburgh-managed team to promotion into the Football League. They begin their National League campaign tomorrow, live on BT Sport, at 12.30 when they head to Moore Lane to face Salford City – the club part owned by Manchester United ‘Class of ’92’ legends Phil Neville, Gary Neville, Nicky Butt, Paul Scholes and Ryan Giggs.

“It’s been a long, hard pre season. We’ve really worked hard and from day one our objective is to try and be promoted to the Football League.”

Gorman felt no ill effects as he pulled on the Orient shirt in a game for the first time – and is looking forward to his time at Brisbane Road.

He said: “It’s really good to be back. I’ve waited a long time to get back o the pitch. It’s a big relief to get minutes before the start of the season.

“It was a good way to return, especially being out for so long. Getting contact in hard tackles tests you and getting a physical game is perfect.”