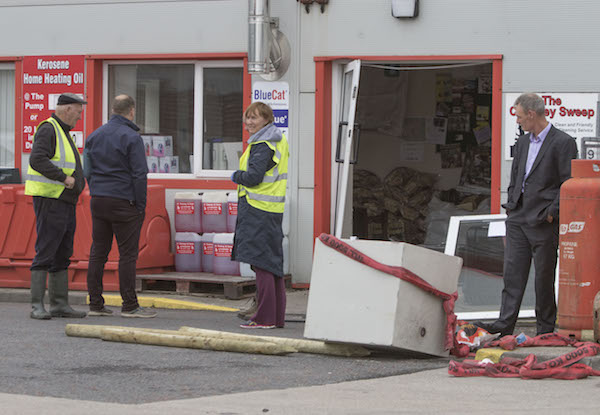 Gardai forced to free robbery suspects because of lack of evidence

A four-man gang suspected of being behind the attempted robbery of two Donegal businesses this week were stopped by Gardai moments after the raids.

However, Gardai were forced to let the men go after no evidence was found to connect them with the raids, Donegal Daily understands.

The gang were stopped in a car following the break-ins at Coyle’s Centra in Raphoe and Tinney’s Oil at Bonagee just after 4am on Wednesday morning.

The gang fled from Coyles after a failed break-in attempt and then drove to Tinneys in a BMW car.

There they caused more than €10,000 worth of damage as they tried to use a rope and paling posts to roll out a large safe.

The gang tripped an alarm however, and were forced to flee when members of the Tinney family and Gardai arrived.

The robbers mounted a footpath and managed to evade Gardai.

However, we have learned from reliable sources that four men, understood to be the suspects, were later stopped.

A car was searched but nothing linking them to the attempted robberies could be found.

The men are understood to be known to Gardai and are originally from the south of the country but had been staying at addresses in Derry.

The gang had been captured on CCTV footage but wore balaclavas at all times and were not identifiable.