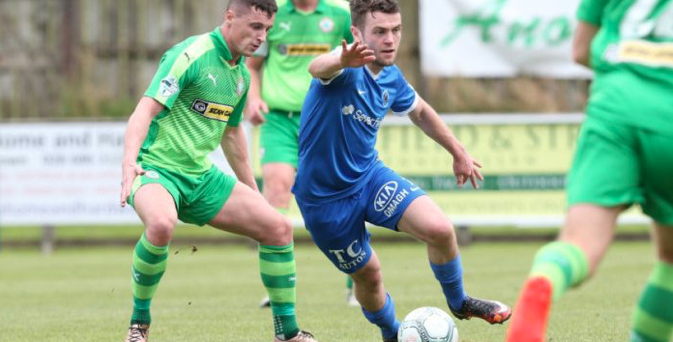 Shane McGinty gets a debut win with Ballymena United

Shane McGinty made his Ballymena United debut in a 2-0 win at Dungannon Swifts this afternoon.

McGinty replaced Ryan Mayse for the last 14 minutes at Stangmore Park as David Jeffrey’s Sky Blues got their 2018/19 season off to a winning start.

Willie Faulkner got the opening goal for Ballymena in the 32nd minute and captain Tony Kane tucked home from a penalty in the 53rd minute.

Christopher Hegarty was sent off in the 71st minute for Dungannon.

The St Johnston man almost marked his debut with a goal, but the midfielder rattled the crossbar.