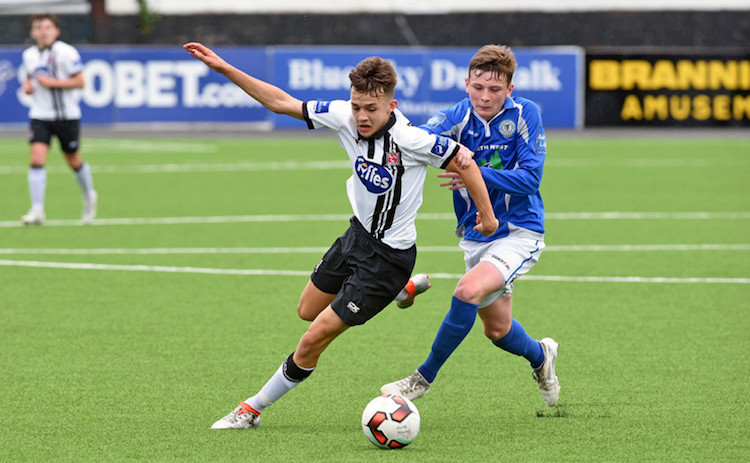 Picture: Daragh Ellison who scored one of the goals for Finn Harps U17s today.

A goal two minutes from the end of the extra period by Jamie Doherty sent Harps hurtling into the final.

Harps had enjoyed a near-perfect first half with Ronan Gallagher and Daragh Ellison netting goals to give the visitors a two-goal cushion.

However, Evan Dunne pulled a goal back for Bray and when Dunne hit a second the Seagulls were level.

It was destined for penalties until Harps and Doherty found a way.

Harps will take on Cork City or Cabinteely in the Mark Farren Cup final.