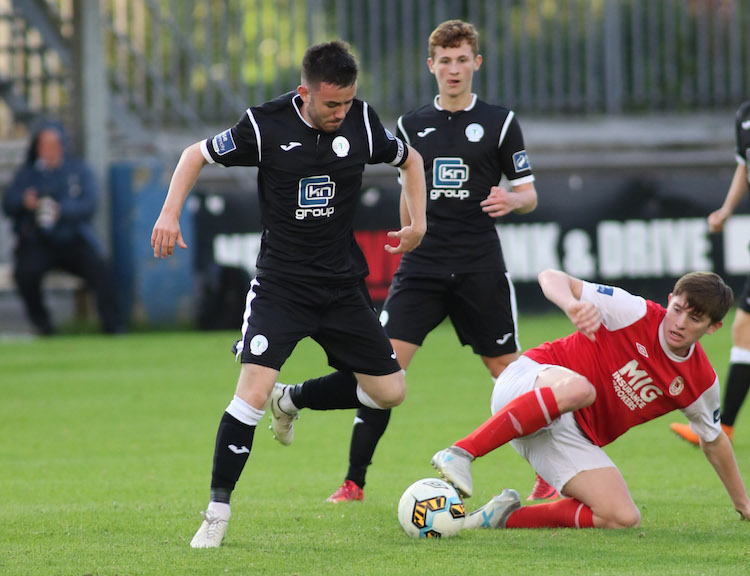 Pat’s, fancied as the top Under-19 side this season, overcame Joe Boyle’s brave Harps to book their spot in the decider.

After an unfortunate early own goal by Harps defender Keenan Diver, Pat’s added goals from Mikey O’Keane and Neil Byrne to take a commanding lead.

Harps deservedly got a goal back when Liam Walsh weaved his way into the penalty area before firing past Brian Maher in the Pat’s goal. It was too little too late for Harps to mount a comeback, however.

Harps had a nightmare start when, with just five minutes gone, Jason Grouse skipped away down the right-hand side. With ‘keeper Jamie Bell on his goal-line, Harps centre-back Diver slid in to intercept Grouse’s cross, but diverted the ball into his own goal.

Harps had booked their spot in the semi-final thanks to a 2-1 away win at Dundalk last month, when Jamie Browne and Zach Gorman netted at Oriel Park.

The Harps side sowed three changes from that game. Bell returned in goal, in place of Joe Boyle, who saved a penalty at Oriel Park.

First team panellists Niall McGinley – who came on as a sub in Friday’s 3-0 win over Wexford in Ballybofey – and Walsh were also back in tow and came in for Corrie Lee Bogan and Darren McElwaine. 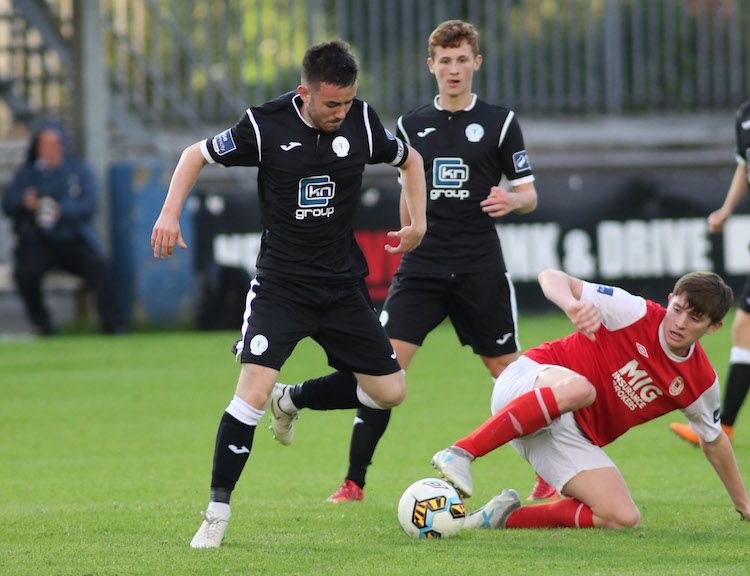 Harps came to life and McGinley forced Maher, the Pat’s ‘keeper, into action from a header before the same player’s shot from distance was held by Maher.

Just when Harps – still without the injured Adam Duffy – were starting to warm to the task, Pat’s doubled the lead. A superb move from the Dubliners ended with O’Keane delightfully curling past Bell from 20 yards.

McGinley should have pulled one back just after the half-hour. Zach Gorman nodded down a deep Pat Loughrey cross from the left, but Maher stood tall to beat away McGinley’s close-range prod.

The visitors – managed by former Dundalk and Drogheda manager Darius Kearns – might have added to their lead six minutes before the break, but Bell denied Byrne at point-blank range.

However, just five minutes into the second half, Byrne tucked home the Saints’ third. 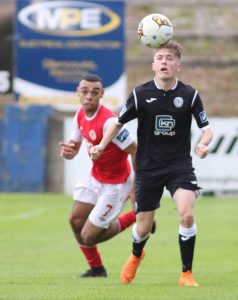 Harps’ Under-17s yesterday booked a place in the Mark Farren Cup final and the club’s endeavours with their underage set-up is perhaps best reflected in the fact that Harps were the only club to see teams qualify for both U17 and U19 Cup semi-finals.

Defender Joe Manley riffled over the top after connecting with a Brian McGivern free, but Harps managed to break their duck through Walsh on 73 minutes, but Pat’s pulled down the shutters and made sure they weren’t made to sweat in the closing stages. 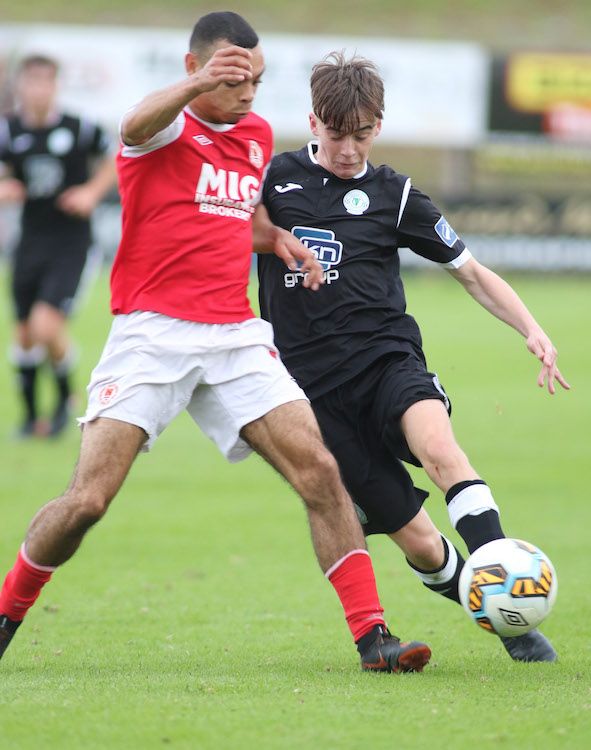