SEÁN MAC CUMHAILLS hosted Malin on Sunday afternoon as they continued their push at the top of the Division 2 table.

Despite falling behind by two goals very early in the game dug deep with a strong final eight minutes in the first half and emerged from the half time break with a renewed determination and ultimately claim another valuable two game points as the league campaign enters its final stage.

The home side were rattled early on as a Jason Doherty shot on goal was deflected away by Mac Cumhaill’s keeper Chris Patton but Malin’s full-forward Seamus Doherty was the quicker to react to the loose ball and goaled after three minutes. Paul McLaughlin had a go for a point but Ronan Mc Menamin was on call to block down the effort.

Oisin Gallen saw two attempts in the first half ding off the post as he looked to get his side on the scoring board with Malin recording two wides.

Gavin Gallagher got the hosts off the mark on six minutes with a fine score but when Stephen McLaughlin goaled for Malin a minute later and Joe Doherty pointed from play the warning signs were going off with MacCumhaill’s six points down after barely down minutes played.

Marty O’Reilly went off on a surging run and fed the ball to Darren O’Leary but the danger was averted by a Malin defence who had been relatively quiet so far in the game.

Barney Lafferty would find O’Leary soon after and Mac Cumhaills now had two points on the board but trailing by five. An Oisin Gallen free on 17 minutes followed by a Marty O’Reilly point from play two minutes later and with O’Leary in for a goal chance Mac Cumhaills finally appeared to be getting into the game. 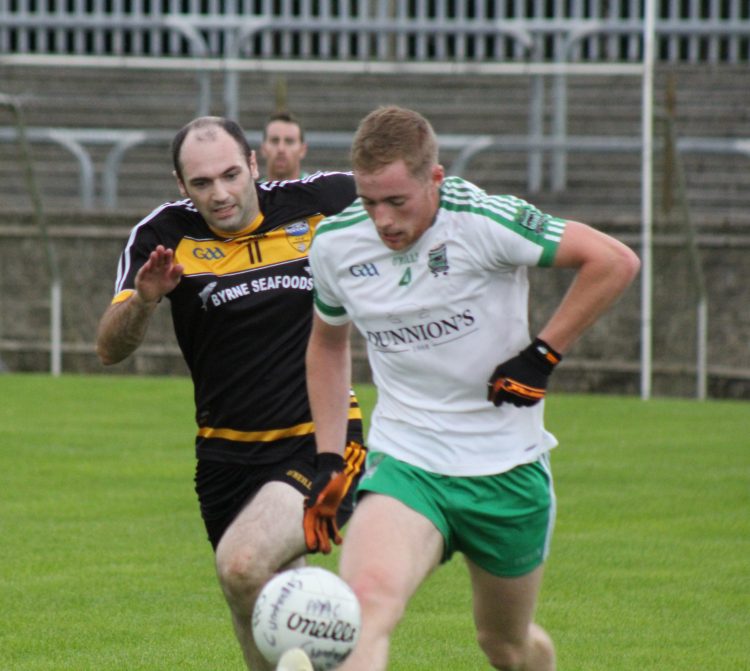 Seamus Doherty would convert his free with five minutes remaining to take his side four points ahead on 2-2 but it would be the home side who finished the half the strongest with another four scores from Gallen, Steven O’Reilly and Barney Lafferty scores from play and an O’Leary free.

At the break the score was level at 0-8 to 2-2. Malin drew first blood at the restart from the fist of Gavin McNicol but it was the much hungrier home side who would go on to hit the next four  scores to race into a much deserved lead. Oisin Gallen was presented with an opportunity for a goal but the Malin defence did enough and the young Mac Cumhaill’s forward had to settle for a point.

An industrious Barney Lafferty run down the right took him close to the end line and unselfishly elected to hand pass across the danger area and team mate Aaron Kelly rose highest to palm into the net and with Stephen Mulligan and Oisin Gallen pointing soon after Mac Cumhaills were now five points up. 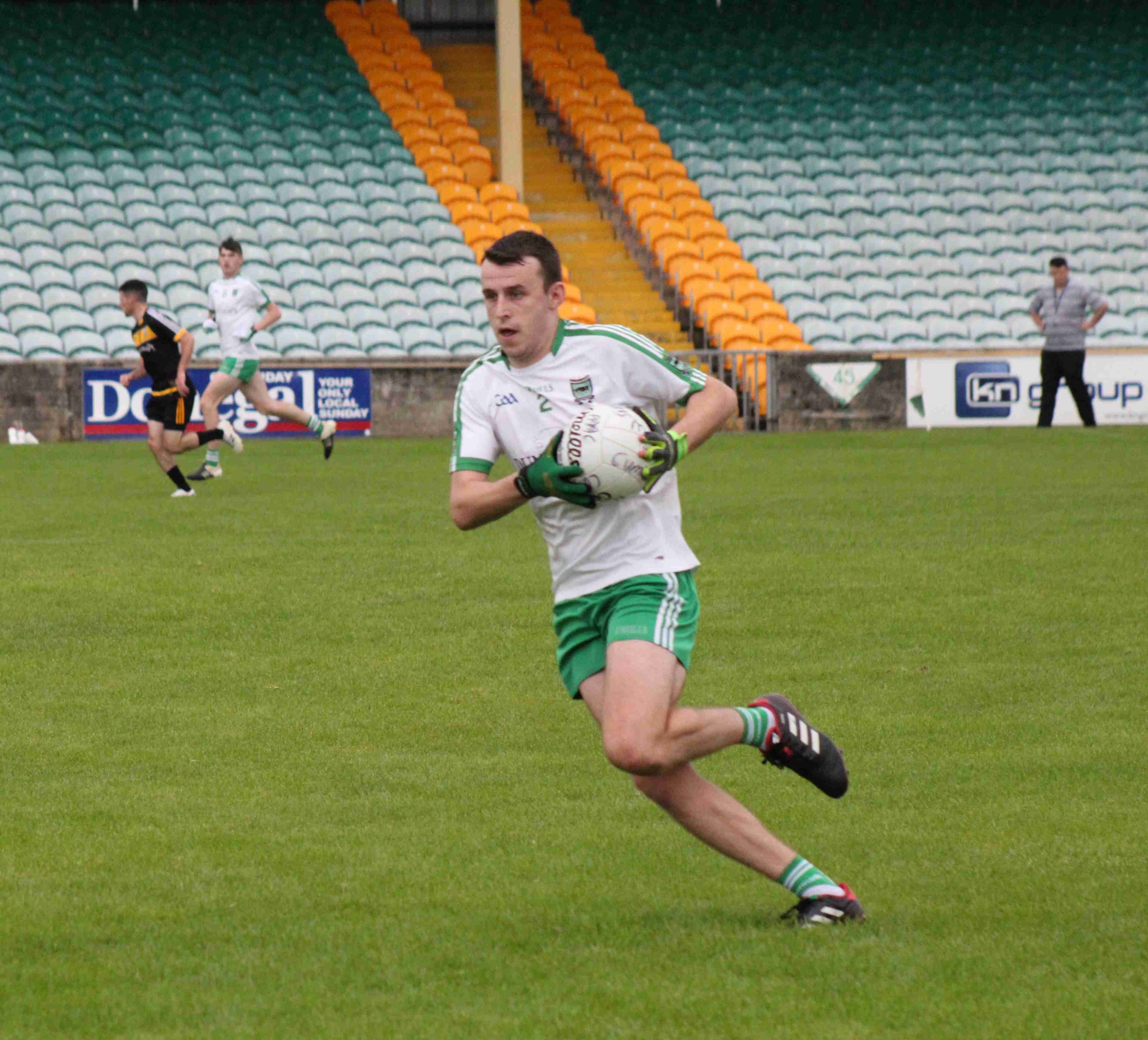 Joe Doherty’s free just fell short and could have caused concern but Mac Cumhaill’s Captain Steven O’Reilly was on hand to clear the danger. Doherty did convert two minutes later from a free but with O’Leary and Aaron Kelly pointing shortly after the game seemed to be edging away from Malin. Ronan Mc Menamin and Gary Dunnion who were part of a much improved back line from the opening 20 minutes of the game stood out but still had plenty of work to do to keep the visitors at bay.

Things were looking even better shortly before the final whistle when Gallen connected sweetly with the ball and sent a rasping shot to the Malin goal from a good distance out but Malin keeper Daniel Melarkey was equal to the challenge and pulled off a fine save.

Gallen would finish the scoring for the home side soon after with a point from play but with Malin chasing the game and time not on their side the lead would prove to be insurmountable.