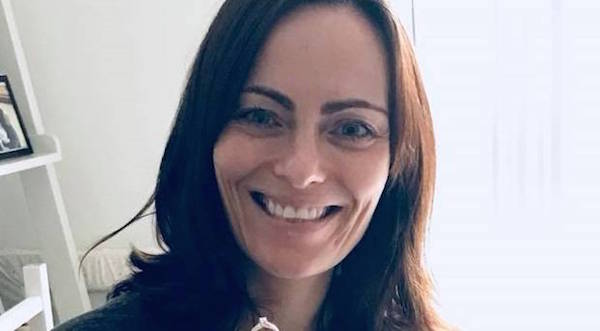 A woman has told how she lost her engagement ring at a Donegal beach – only to find it again more than 18 months later!

MLA Nichola Mallon thought she would never see the ring again after she lost it on a play park at the beach at Ballyliffin.

After losing the ring on the beach she searched for hours into the evening and again the next morning raking the sand in the hope of finding her ring.

Strangers even lent a helping hand with a metal detector only for their hunt to end without success.

“I came home distraught and felt awful ever since,” she added.

“I cannot believe that 18 months later a lady would find it, her sister would post it on Facebook and my ring and I reunited.

“I can never thank Fiona Collins and her sister Amanda enough for finding it and for their honesty.

“Never Give Up Hope,” she ended her post with.

Speaking to the Belfast Telegraph, the MLA explained how the good fortune was all down to the weather.

The recent hot spell had burned away reeds leaving the ring to be found.

“It probably never would have been found only for the weather,” the MLA added.

Before leaving the area the family left messages with those that had helped in case the ring showed up and then all of a sudden a text came out of the blue.

After a few messages husband Brendan was dispatched back to Ballyliffin to retrieve the ring.

“We exchanged pictures and a description and even when she said ‘yes’ I didn’t believe it until it was back on my finger. I never got my hopes up.”

Last week a little boy helped reunite lost wedding and engagement rings with their owners after he was on a treasure hunt in Donegal.

Again social media came to the fore to bring a happy ending.

Treasure hunter Oliver (8) reunites lost engagement and wedding rings with grateful owner
“It just shows you to never give up hope,” added Nichola.

“You hear these stories and you imagine it could happen to you, but you never believe it – you dream. We never replaced it.

“I know it’s an engagement ring and they are sentimental to everyone. But I never had a say in picking it, Brendan did it all on his own and we thought it was lost for good.

“I’m over the moon these things never happen to me.”

She added: “I can’t thank Fiona and Amanda enough. It shows you the power of social media and that there are good honest people out there.”

End of the line for underwear pest...