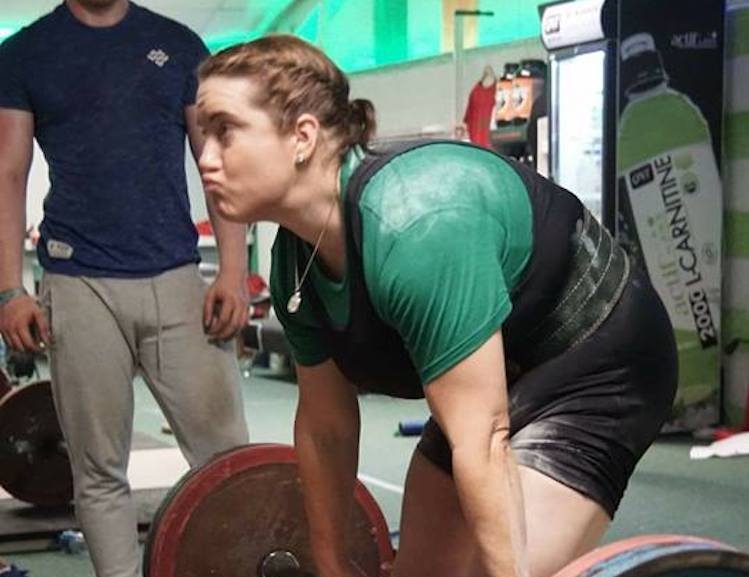 Donegal powerlifter Paulina Coleman has come out fighting after being hit with a two-year ban following a positive doping test.

Paulina has been stripped of her medals after testing positive – as a result, she says, of two ingredients in a pre-workout shake she uses before competing.

“The two ingredients were listed under different names and even the chemical names came back from the anti-doping websites as being okay,” Paulina – whose appeal against the ban to the IBFPF failed – told Donegal Daily/Donegal Sport Hub.

“I double checked the ingredient on two anti-doping sites. When the word came back that I had failed, a biochemist looked into it for me.

“I very rarely ever take a pre-workout because I don’t want my body getting used to them. There can be bad substances in these things but I always check the ingredients on the anti-doping sites.

“We even have to put in antibiotics and inhalers that we use through the anti-doping website checks.”

In Malta, Paulina won gold medals in the squat, bench press and deadlifts. In all, Donegal competitors won ten medals at the Championships.

Paulina says she is ‘angry and devastated’ by the news, broken by the Irish Sun today.

She said: “I feel that this was a very personal attack and it has come from someone from within the federation, I just know it has.

“Some of the information that was in the paper could only have come from someone inside the federation.

“This has made me feel like I have done something terribly wrong.

“It would be different if I had taken steroids or something.  I have been tested regularly and everything has always come back okay.  I am just so devastated and it doesn’t help when people twist words.

“This is an amateur sport and the only money involved is the money I pay to compete. This is a hobby to me.

“All I won was a bit of plastic and a certificate.”

While Paulina’s two-year ban from the WDFPF will preclude her participation in that Federation’s competitions, she will compete under the IPO banner in September.

She said: “The two-year ban is from that federation and I had left them recently anyway.

“Part of me says not to bother any more, but it’s not in my nature to lie down. I’ll push through this.”