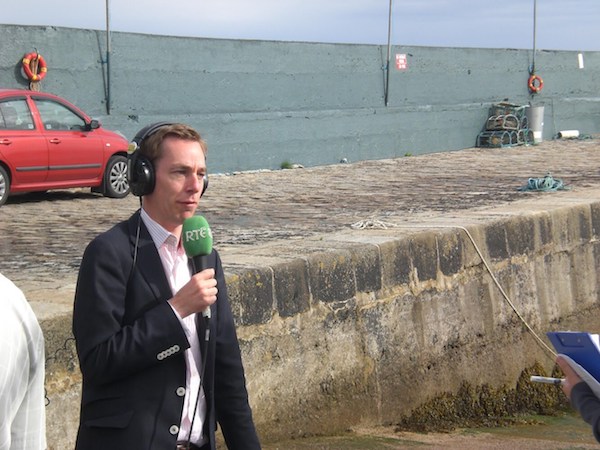 The Ryan Tubridy Show will not take place this Tuesday in Bundoran as a mark of respect to the community & all affected by the tragic event, Fáilte Ireland announced earlier on Twitter.

The RTE 1 show was due to take place at the car park in front of the main beach in Bundoran on Tuesday 21st August as part of its ‘Embrace the Wild Atlantic Way of Life’, but it will now take place in Rathmullan.

As a mark of respect to the community & all affected by the tragic event in #Bundoran @Failte_Ireland has agreed with @RTERadio1 to postpone the planned Bundoran @wildatlanticway live broadcast @RyanTubridyShow to a later date. Tuesday broadcast will now take place in #Rathmullan pic.twitter.com/ijab8ZsXP1

Two young people in their 20s died following a horrific crash in Bundoran on Sunday morning.

The accident happened just before 3.30am at Eastend in Bundoran as a group of young people returned from a night out.

Two other young people are fighting for their lives as a result of the crash.

Shiva Devine, a mother in her twenties from Donegal Town and living in Belleek also died in the crash. The other victim was Conall McAleer who was also in his twenties and was from Pettigo.