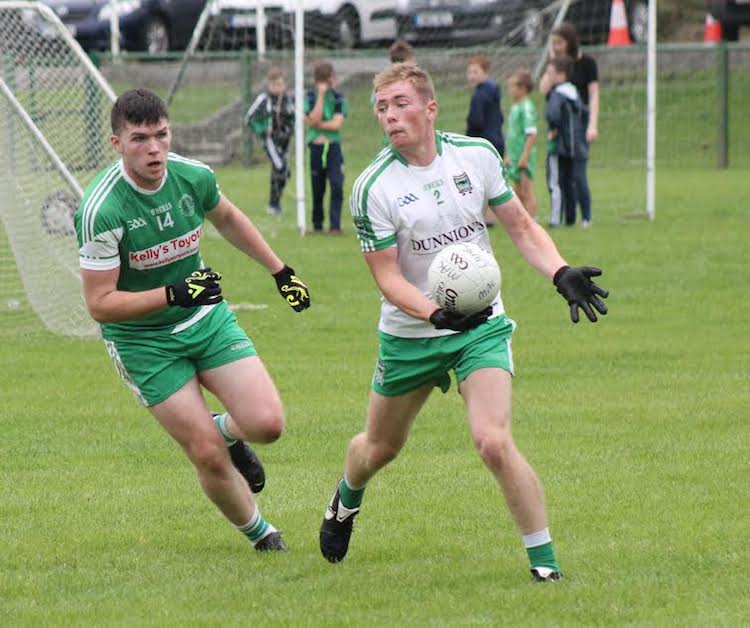 Impressive Sean MacCumhaills book their ticket back to Division 1

Finally, after an absence of 14 years, Sean MacCumhaills have booked their return to Donegal football’s top flight.

When Gavin Gallagher tucked home their third goal to open up a nine-point lead, with eight minutes remaining, their vast contingent on the sideline at the Gerard Gallagher Memorial Park began counting down the moments.

When Jimmy White shrilled the last blast into his whistle, a little over 10 minutes later, the reaction said it all.

They even spent a couple of campaigns toiling hard in Division 3.

Bernard McGeehan’s was an appointment last winter that arrived with little fanfare. For a long time, it was the hope that killed them around the Twin Towns.

Now, though, after a fine season in Division 2, they sealed promotion back to the top rung as Brian Lafferty, Aaron Kelly and Gallagher netted in a nine-point win. 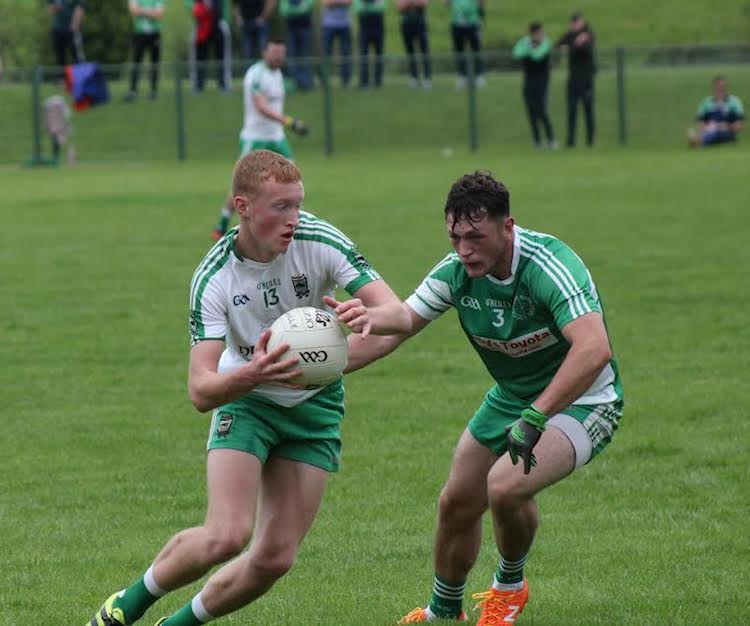 Oisin Gallen on the attack for Sean MacCumhaills

They were led here by the O’Reilly brothers, Martin and Steven, who hit nine points between them, while Aaron Kelly, scorer of 1-1, was another to catch the eye.

MacCumhaills were just about as economical as McGeehin might have wished in the first half, after which they led 1-13 to 1-8. MacCumhaills dropped just one ball short and kicked no wides in an excellent first half-an-hour.

Instantly, MacCumhaills had the ball in the net down the other end. Kelly provided the incisive pass and Lafferty buried past the helpless Gavin Mulreany.

The Finnsiders found their groove with seven points in a deadly ten-minute spell that saw them assume the controls.

Martin O’Reilly, who spent much of that period in the same airspace as Peadar Mogan, weaved beyond a raft of challenges to put his men in front in the 13th minute.

MacCumhaills showed fine patience to work another score for the Donegal panellist. Gary Wilson drove diagonal for Oisin Gallen who opted to offload for Darren O’Leary. With options limited, O’Leary popped back for O’Reilly to arrow over. 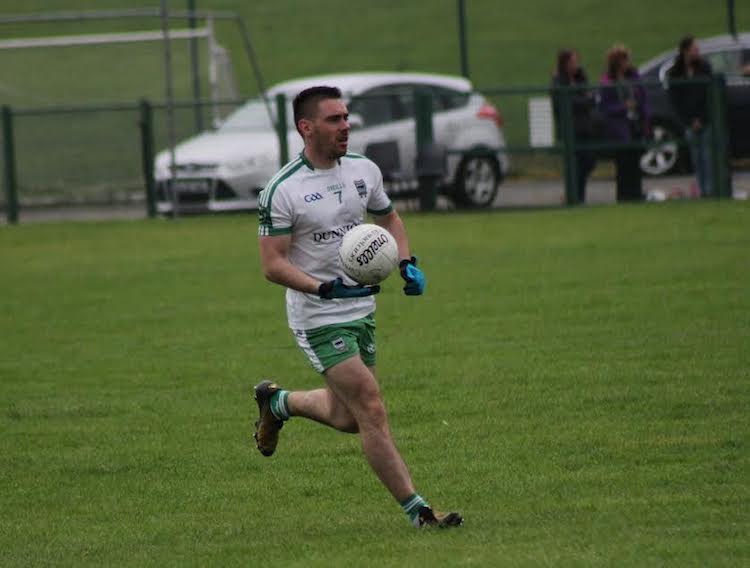 Gallen himself converted after Shane Connelly denied Steven O’Reilly with an excellent block.

MacCumhaills led by five at the changeover and even an 11-minute barren spell at the start of the second half couldn’t de-rail them.

St Naul’s twice pulled it back to a three-point game but the second MacCumhaills goal arrived like a dagger, Kelly playing a quick-fire one-two with Martin Gallagher before slotting beyond Mulreany.

In the 52nd minute, it was game, set and promotion as Lafferty surged clear and teed up Gavin Gallagher for goal number three. 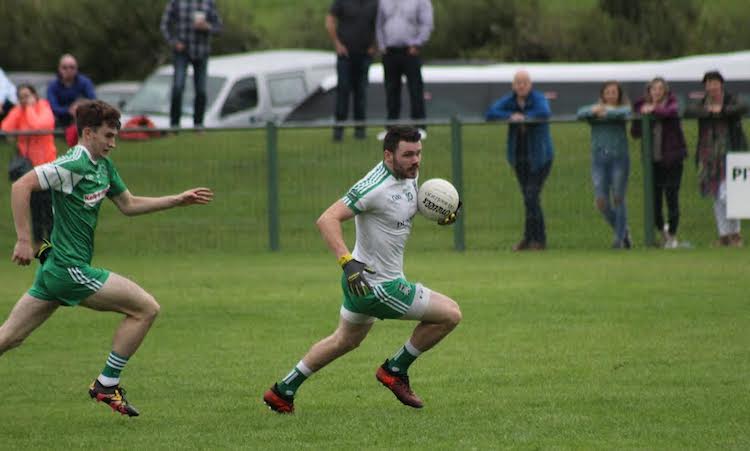 St Naul’s were left to count a big cost with Cathal Lowther – who had kicked three points – and Ryan Coyle both being carried off on a stretcher during the second half.

MacCumhaills, meanwhile, huddled in and enjoyed the moment.

It had been a long time coming, after all.