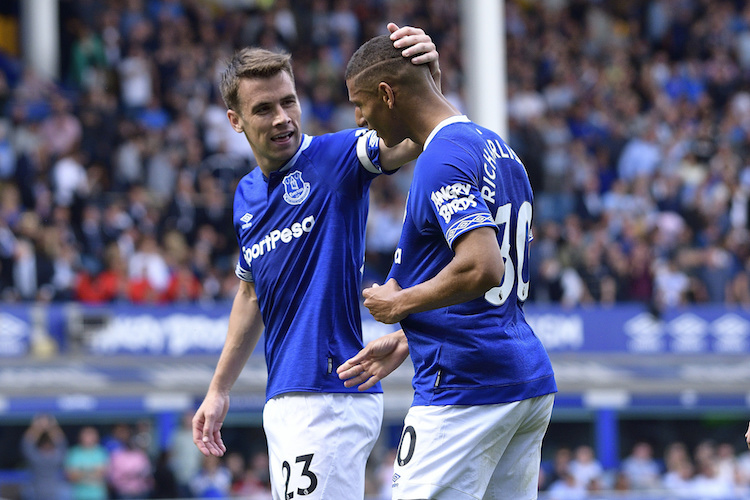 Seamus Coleman marked his 200th Premier League game for Everton by captaining the Toffees to a 2-1 win over Southampton at Goodison Park yesterday.

Theo Walcott and Richarlison netted for Everton in an impressive win.

Republic of Ireland captain Coleman was given the armband as he celebrated a big milestone in the Premier League.

“I have my own standards, with or without the armband, but it is a big honour to captain this Club at any level and I am very proud to do it in the Premier League,” said the Killybegs man.

“We wanted to start at home as we mean to go on. The fans were looking forward to the new regime, a new manager and new players, and we needed to put on a show, which I thought we did.

“And more importantly, we got the three points.

“The attacking players linked up brilliantly at times. They were great and very lively in front of goal.”

Richarlison netted his third goal in two games – the first Everton player since Brian McBride in 2003 to score three goals so swiftly – and although Danny Ings pulled a goal back for the Saints, Everton remained in control.

Michael Keane, Idrissa Gana Gueye and Walcott all had chances while Walcott also had a goal ruled out for offside.

He said: “The manager is very detailed and wants to get everything right.

“We worked on the free-kick during the week and to see it come off on match day is very rewarding for the coaching staff.

“He wants us pressing, winning the ball back, passing it forward and playing attacking football and I think the fans enjoyed it.

“It was massively important to make sure we got the three points.”