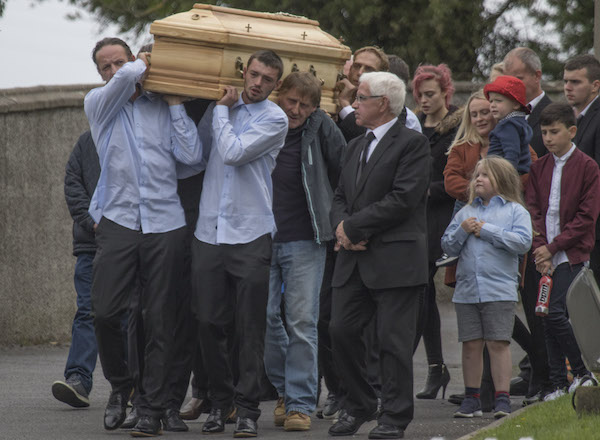 A priest at the funeral of tragic Bundoran crash victim Shiva Blue Devine has told young people not to think that they are indestructible.

Fr Joeseph O’Donnell was speaking at the funeral mass of the 20-year-old at St Brigid’s Church in Ballintra.

Hundreds of people packed into the church overlooking Donegal Bay to say a final farewell to the mother-of-one.

Shiva died along with friend Conall McAleer after the car in which they were both back-seat passengers struck a wall and then a lamp post in Bundoran at 3.25am on Sunday morning last.

Fr Joe told dozens of young mourners “To all you young people here today, I say to you, you are not indestructible, you are very fragile so please handle your life with care.”

Fr O’Donnell revealed how this was not the first time he had conducted a funeral mass for a young person killed in such circumstances.

The priest was also present at Letterkenny University Hospital in 2010 when the bodies of eight people killed in the Clonmany road tragedy were brought to the morgue. 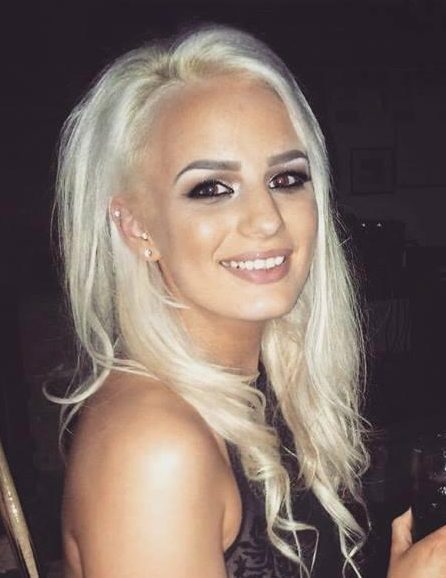 He added that the toll of the occasion took him two years to recover from.

He said “I spent that Sunday night and Monday morning consoling parents and their friends and leading them down to identify their children.

“I had hoped that I would never have to face anything like that ever again. It took me two years to recover.

“While the circumstances and the details of Sunday morning’s crash may be totally different, the one true fact remains, young lives have been lost.”

Among the mourners was tragic Shiva’s mum and dad, Julian and Nicola and extended family members.

Her three-year-old son Kyle, wearing a red sequined hat, brought a CD to the altar as part of the offertory gifts.

Many of those at the funeral wore blue in honour of Shiva including mother Nicole who wore a blue dress and dark glasses.

The congregation, which was described as one of the biggest in living memory, was told that Shiva packed so much into her short life and always enjoyed having fun.

She had no real time for modern music but loved country and western.

In her honour, Fr O’Donnell recited the Roger Turner poem ‘I Grew Up On Country Music.’

Shiva was buried in the adjoining cemetery as hundreds of mourners later walked to the nearby Ballintra Community Centre for refreshments to remember Shiva’s life.