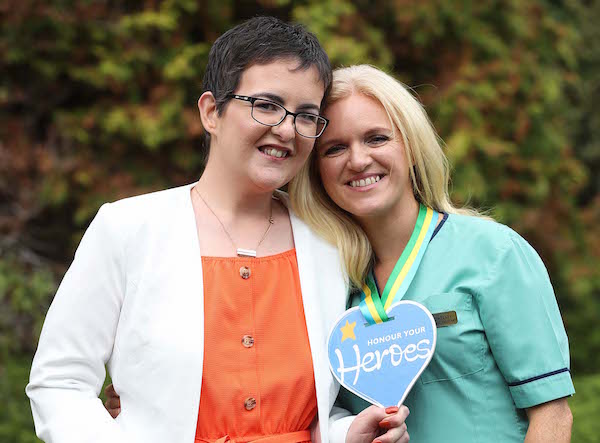 An Arranmore Island woman has received a major award for her work as a healthcare assistant.

28-year-old Louise suffered major complications during an operation to recoil an aneurysm in her brain and had four cardiac arrests.

She lost movement on her right side and her speech and she gave the award to Brid for supporting her through the many weeks she was in hospital and could do nothing for herself.

She totally relied on Brid and they became firm friends during this time.

Louise suffered four heart attacks when complications arose during an operation to repair an aneurysm.

She was thanking Brid for the care and support she provided to her during her recovery.