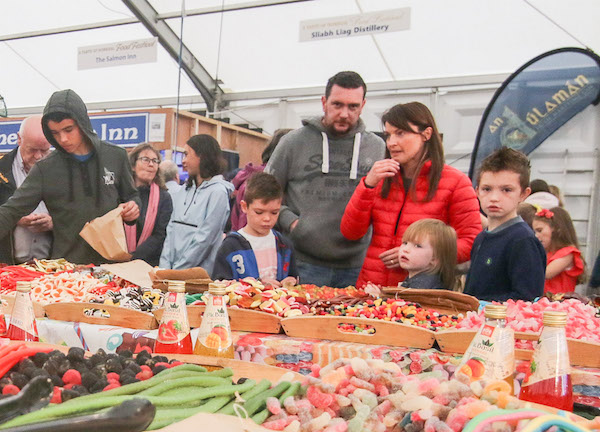 Watch: All the action from A Taste of Donegal Food Festival 2018

It was three days of tasting, chewing, sipping, munching and above all else – great craic.

The 2018 A Taste of Donegal Food Festival marked the tenth anniversary of the event and boy was it a huge success.

More than 130 exhibitors from across the country descended on Donegal Town last weekend for the North-West’s biggest food festival.

Led by a host of celebrity chefs including Brian McDermott, Gary O’Hanlon and Kevin Dundon, not even a hint of rain could dampen the spirits of those who came along.

And with more than 20,000 people attending over the three days of the event, word of this brilliant event is spreading fast from Carrick to Cork.

The festival will make a welcome return in 2019 but, for the meantime, take a look at this super round-up of this year’s festival.

Watch: All the action from A Taste of Donegal Food Festival 2018 was last modified: August 27th, 2018 by Stephen Maguire
Facebook0Tweet0LinkedIn0Print0