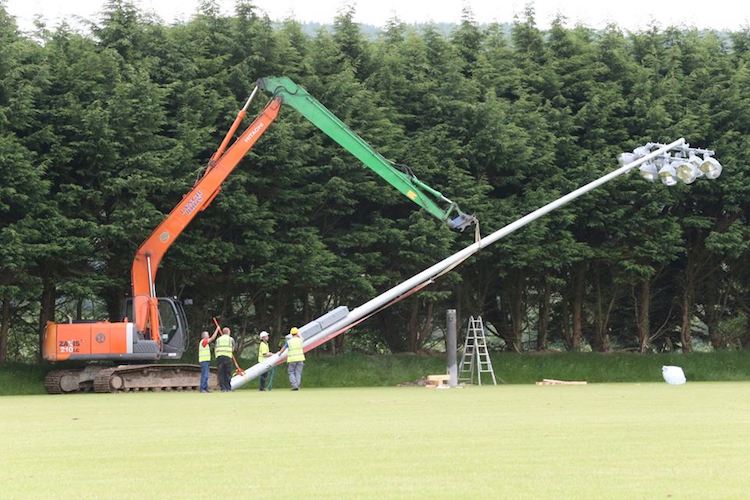 The Donegal’s League’s new €300,000 development at The Diamond Park in Ballyare will be showcased to the public for the first time.

The Donegal League’s Oscar Traynor selection will take on Finn Harps in a friendly match.

New floodlights were were erected to light ups a new sand-based pitch at Donegal League headquarters.

Two new 12-seat dugouts have also be installed and a perimeter fence and pathway, as well as ball stops behind the goals, are included in this part of the development.

At the Donegal League’s presentation function in June, FAI CEO John Delaney granted the League €50,000 towards the development.

The FAI chief had previously visited Ballyare, where League officials briefed him on their plans.

The game next Wednesday, September 5, will see Ollie Horgan’s high-flying Harps face the Oscar Traynor panel, which is now under the stewardship of Raymond Shiels.