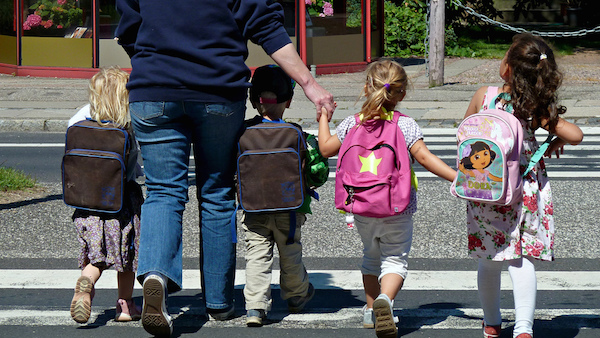 The Society of St Vincent de Paul has revealed a 20% increase in the number of parents contacting it for help with back-to-school costs this summer.

The charity said the number of calls to two of its regional offices had increased considerably compared to last year.

As many schools across Donegal reopened their doors this week, the charity said it was expecting to receive more than 6,000 calls from parents by the end of the month.

The organisation is calling for the capitation grant, which was cut in 2010, to be restored.

It said schools were being forced to seek voluntary contributions from parents for school running costs, which is adding additional pressure.

The charity also said a delay in processing the Back to School Clothing and Footwear Allowance had placed additional pressure on families.

SVP Social Policy Officer Marcella Stakem said: “August is the busiest month for school costs in SVP and calls continue to come in this week from worried parents.

“We know this time of year is stressful for most families as they try to meet the costs of uniforms, books and voluntary contributions, and that these costs bear most heavily on families with limited incomes.”

The SVP also said that the cost of transition year had become “a significant source of stress for parents”.

“Transition year costs can be significant, particularly if a family has more than one child in secondary school, ” Ms Stakem said.

“TY has lots of social and educational benefits for students, but as it becomes mandatory in more and more schools, the Department of Education have to seriously examine how the cost impacts on low-income families and put in place measures to promote participation.”

In a statement, the Department of Social Protection said payments had been paid to more than 127,000 families and that 12,000 applications were currently being processed.

It said: “At present, the department is receiving approximately 500 new applications a day for the Back to School Clothing and Footwear Allowance.

“The department apologises to customers who are waiting to hear on the status of their applications and asks them to bear with us, while we work to process these applications as quickly as possible.”