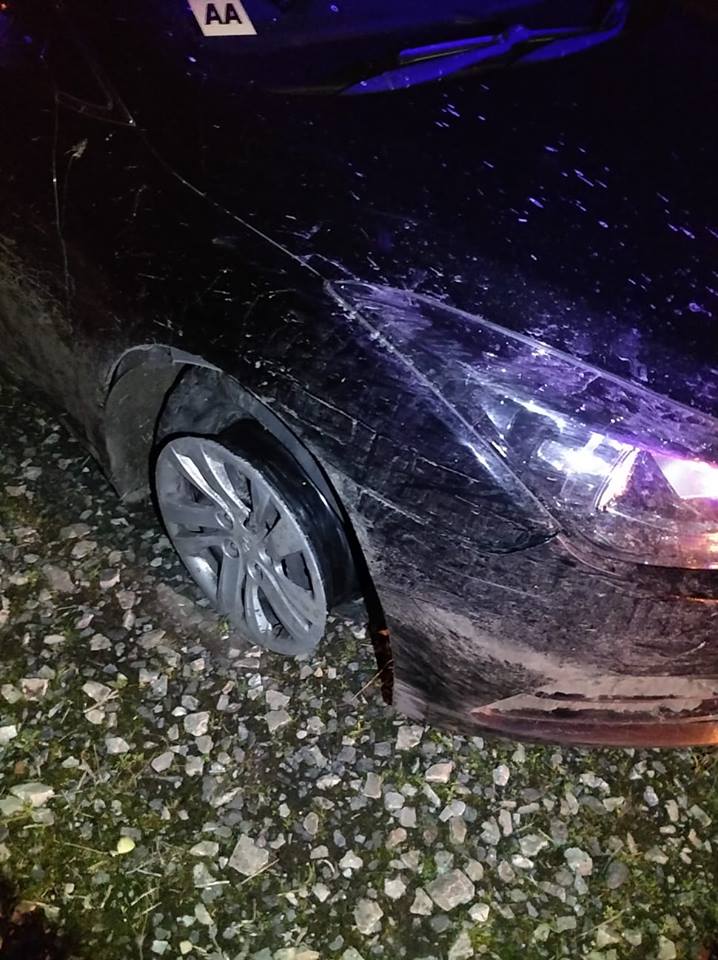 Man still being quizzed about ramming of Garda car

A man is still being questioned in connection with the ramming of an unmarked Garda car in Carrigart on Tuesday morning.

Two Gardai were injured in the incident but did not require hospital treatment.

Their car was severely damaged in the incident and was rammed “multiple times”, according to a Garda spokesman.

A man was arrested yesterday and taken to Carrigart Garda station for questioning.

A Garda spokesman confirmed the man is still under arrest and is still being interviewed.