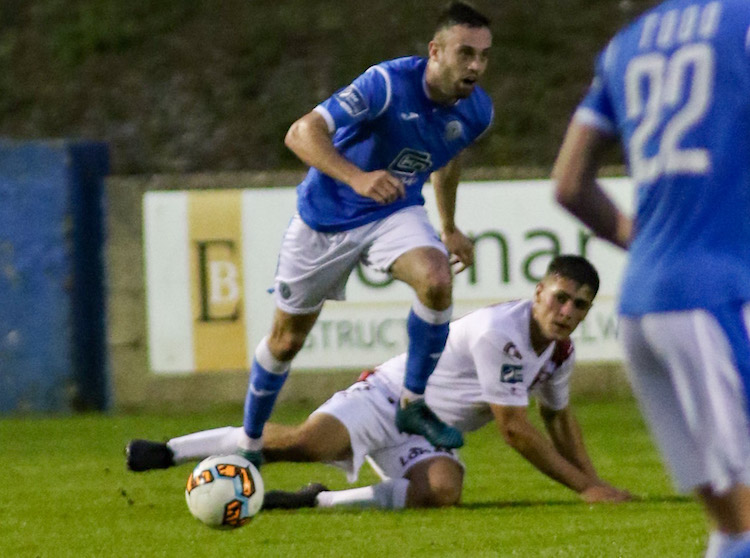 Finn Harps are now unbeaten in eight League matches and have now almost secured second spot in the First Division.

Mikey Place and Mark Timlin got the goals in a victory that really ought to have been more comfortable for Ollie Horgan’s men, who were on top from start to finish in a commanding night at the office.

UCD’s 3-0 win over Drogheda United means the Students could clinch the title in two weeks’ time – when they host Harps at Belfield. But a Harps win would take the race to the final night of the season.

At worst, it seems Harps will finish second, as Shelbourne’s 2-2 draw at home to Athlone Town means the Reds have four points to make up on Harps, whose superb form continues. It’s now 22 points from a possible 24 since mid-June for the Donegal side, who have managed to keep seven clean sheets in that spell.

Harps took a deserved lead in the 17th minute. Ciaran Coll and Timlin combined down the left and the latter’s cross was seized on by Place, who turned home his eighth goal of the campaign.

Harps could have won by a bagful, but it wasn’t until the 66th minute that their second arrived as Timlin finally got the goal he craved.

Driving from deep, Timlin slalomed through a number of challenges before keeping his composure to pick his spot in the top corner.

Harps flew out of the blocks and almost had the lead in the second minute, but a wonder save by Tadhg Ryan kept out Niall Logue’s goal-bound header. Logue rose and seemed set to power Harps into the lead, but the full-stretch Ryan clawed away, with Mark Coyle’s follow-up hacked away by the visitors. 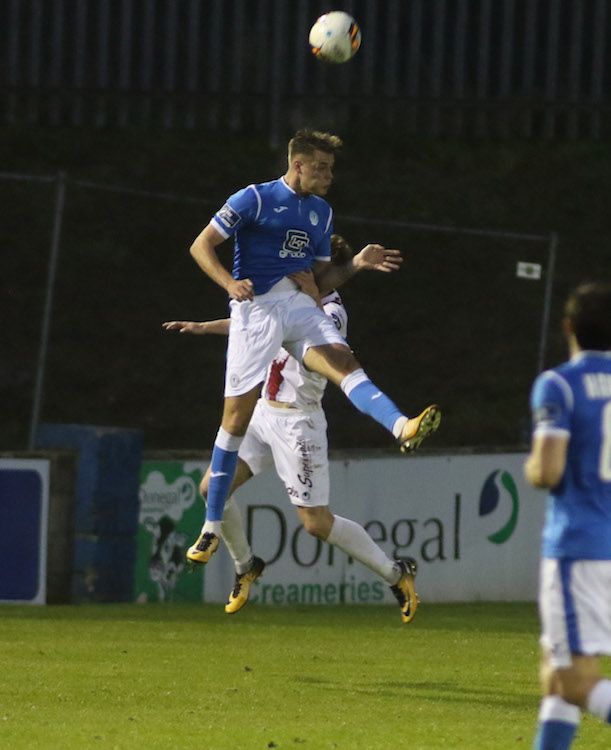 Nathan Boyle went one better six minutes later, when he tucked past Ryan from a Timlin cross, but Alan Dunne’s offside flag cut short the celebrations.

It felt like a matter of when and not if Harps would break the deadlock – and the opener arrived via the in-form Place.

TImlin went close to doubling the lead three times before the break. Denied somehow by Ryan after having an effort deflected wide, Timlin thought he was ready to pounce as half-time approached, but a timely interception by Adam Rooney curtailed the Buncrana man.

Sam Todd – rumoured this week to be on the radar of Premier Division leaders returned from a suspension and top scorer Mikey Place was restored to the starting line-up in two switches made from the FAI Senior Cup loss at Dundalk last week.

One-time Maltese international Jacob Borg missed out through injury and Tommy McBride dropped to the bench.

John Kavanagh fired into the hands of Ryan from distance early in the second half, by which time news that UCD were 2-0 up in Drogheda had filtered through.

Timlin lifted a free kick just over the top soon after and Ryan brilliantly kept out a close-range drive by Boyle, after a cut-back from Place invited the attempt.

Galway, who saw Alan Murphy replace Shane Keegan as manager during the season, fell out of play-off contention some weeks ago and they arrived in Ballybofey without the likes of Marc Ludden and Eoin McCormack.

Their number included a 15-year-old in Darragh Costelloe, who began the evening among the replacements, but who came into action for the last 16 minutes.

Harps made it safe when Timlin got his goal and Harps can begin planning for, at least, a play-off.