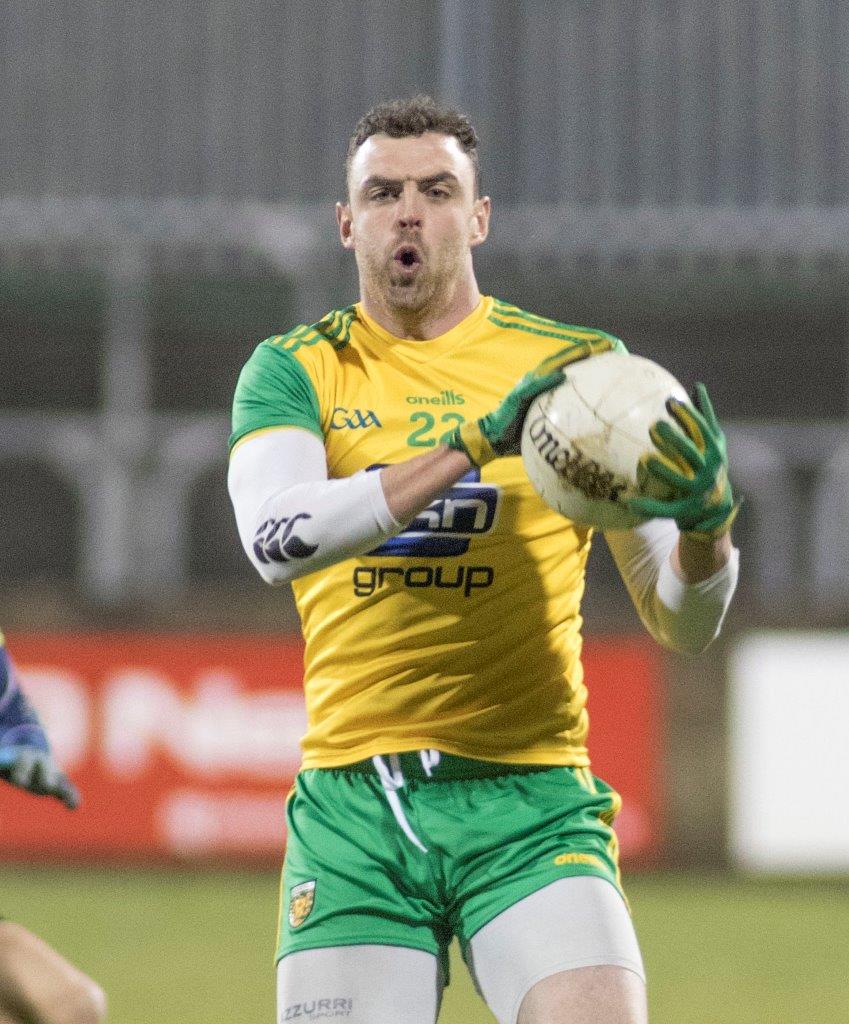 Just when it seemed as if Glenfin were going to hang on for dear life, the just-returned Kevin McBrearty proved the hero of the hour – and year – for Four Masters.

By Charlie Collins at Pairc Taobhoige

It was in the 67th minute, well beyond normal time, when McBrearty – who has just come back from America this week – rose to fist home a dramatic goal.

Four Masters needed a win to stay up in Division 2 and this, coupled with Malin’s 1-14 to 1-8 loss at home to Ardara, means the Donegal town men have survived.

Glenfin lost possession as they came out with the ball and Thomas McGowan’s high ball in was batted past Andrew Walsh by the towering McBrearty.

A low-scoring game was evenly poised at two-each at half-time.

Andrew Walsh and Matthew McGinley registered in the opening period for Glenfin with two points from Thomas McGowan and John Boyle in between those efforts.

Glenfin gave themselves a massive lifeline with a win over Bundoran on Thursday night and it was they who got the opening goal of the night here,

A superb move saw Ciaran Brady and Eoin Donnellan exchange passes to make inroads into the Four Masters rearguard. The ball was transferred to McGinley, who fired home.

Walsh fired over a 45-metre free and it looked like Four Masters were bound for Division 2.

But McGowan looped over a free and McBrearty stepped up with that last-gasp goal to save the bacon.