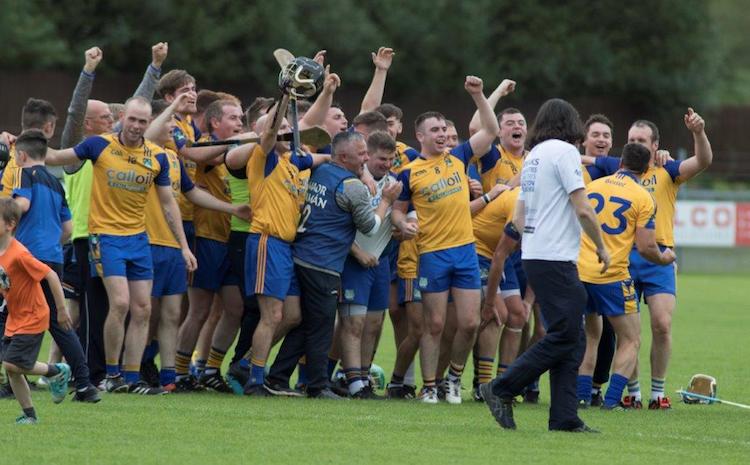 You’d think after 24 years of senior hurling, the feeling might have dimmed – but Ciaran Dowds bore the broadest smile in O’Donnell Park this evening.

Burt clawed the Donegal senior hurling championship title away from Setanta, dethroning their old foes – who played with 13 men after two red cards in the first half – to win back the title.

Dowds, who came on as a second half substitute, won his 20th senior crown this afternoon.

It was remarkably the 23rd final appearance for the Burt veteran. Consider that Burt have won the Donegal SHC 39 times and Dowds has played in 20 of them!

It is a record that would stand up to scrutiny anywhere. The passing of time and titles hasn’t taken away the meaning.

“We’re ecstatic to get over the line,” Dowds said.

“The last two years were big drought in Burt.

“(Mickey) McCann, ‘China’ (Paul O’Brien) and PJ O’Brien took on the job. We picked boys to take us the whole way. This is massive for the club. You see the young boys playing at half-time.

“They’ll remember days like this and hopefully it will bring them down the lane in Burt and push it on again.”

Pádraig Doherty, Pierce Harrigan and Ronan McDermott hit the goals in a 3-14 to 1-14 win, but Burt were pushed all the way by the 13-man Setanta.

“It’s better to be in the mix. We knew at half-time, Setanta – the champions and with the quality they have – would come back. We steadied the ship and got over the line, thank God.”