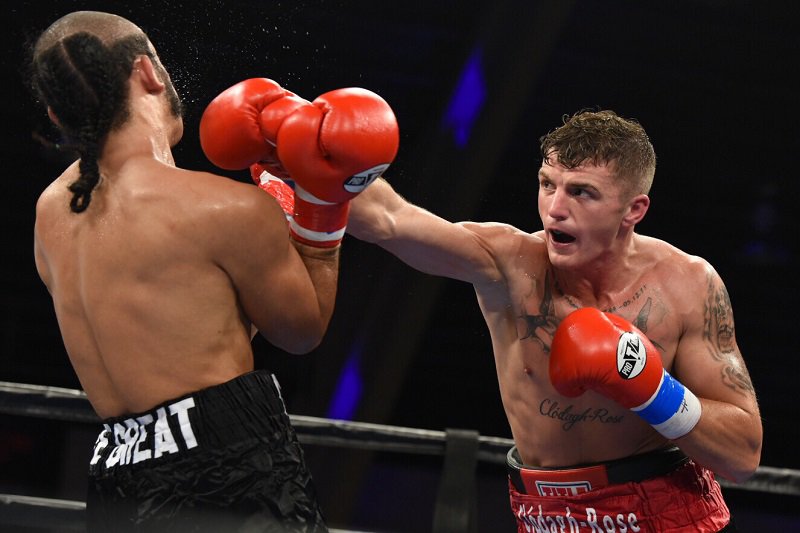 Coyle vows to bounce back stronger

Coyle, 28, was due to headline the Fire Fist Boxing Promotions’ “Night of Champions” event in St. Petersburg, Flordia, but had to withdraw from the contest due to an aggressive back injury.

The suspected inflammatory infection kept Coyle in a grievous condition – with the boxer unable to stably walk for a week.

“I was in and out of hospital over the last few weeks,” he said. “My joints were giving me problems and I couldn’t walk for a week, but all the results came back clear and they think that it is some kind of infection.

“I just have to take it easy now for four to six weeks and see how my body reacts.”

The interruption comes in a period of momentum for Coyle, who is coming off the back of an impressive TKO victory against Danny Pastrana in June – where he claimed his first title victory for NBA Inter-Continental belt.

His scheduled fight in Flordia would have been for the ABF Continental Americas middleweight title and Coyle, who has training ties in Donegal, was eager to bring more gold back to Ireland.

“I was looking forward to fighting and bringing another title back home, but I just want to get my health in check first and then worry about that later.

“I want to be able to train, the fights will come soon enough, so over the next few weeks I am going to try and get back to full health,” he said.

“I am itching to get back to training right away, but I have to follow the doctor’s orders, I can’t do any boxing right now.”

The slick-punching middleweight will stay in Derry for the foreseeable future but he disclosed he will attend the event in Florida on October 6.

“I am staying in Derry for a few weeks to attend hospital appointments, just to see how I am doing, but my manager and promoter are flying me out to Flordia so I can do some commentary at the event – so I am keeping in the loop,” he added.

“The plan is for me to attend the event and do a bit of co-commentary for every other fight and do media work and see the fans, who were looking forward to watching me fight.”

The 2014 Commonwealth Games bronze medallist is already eyeing his next fight and he revealed, if his body recovers adequately, he will be looking for another fight before the end of the year.

“I will probably sign a contract deal with them in October and we will try and set-up another big fight before Christmas, if God spares me, and everything is all good – I need to be I’m healthy.”