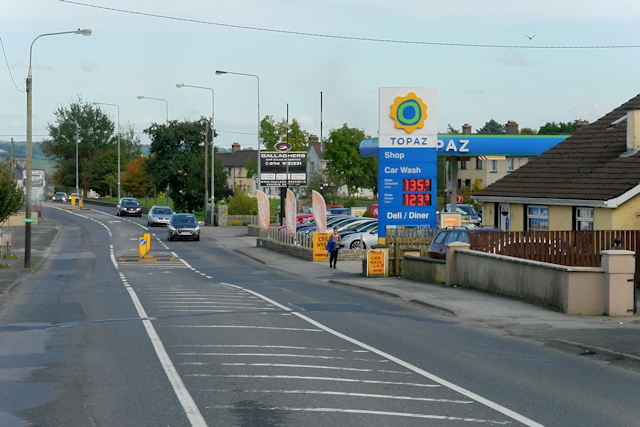 Plea to motorists to observe stop/go signs and slow down

A plea has been issued to motorists to slow down and not to jump temporary lights and signage in the Twin Towns.

It follows an incident where a worker was hospitalised after a motorist drove over his two feet as he was operating a stop/go sign.

He said he understood that the delays caused by the roadworks were frustrating for people but asked them to co-operate with workers.

“The reality is that 13 people have lost their lives on the Donegal Road out of Ballybofey and these roadworks are necessary. We do not want any more fatalities.

“People are jumping the lights and speeding up in quieter areas but my message to them is that if they want to be somewhere on time then they need to be early,” he said.

He also added that recent claims over the lack of communication between the developers, the council and businesses in the area was not true.

“The TII & Council roads section are in regular contact with the Ballybofey- Stranorlar Chamber of Commerce ever since these very important works started in July, despite recent reports to the contrary.

“As Chair of the Stranorlar MD I organised a face to face meeting in July between the senior roads officials and B&S chamber representatives which was followed up by businesses getting weekly progress reports from the roads office. In addition to seeking their views as Works progressed section by section it must be said the chamber of commerce have repeatedly confirmed that they are in regular contact with Local Councillor representatives and engineers, contrary to what was in the media last week.

“I visit the roadworks several times every day and I am in direct contact with the contractor and the TII engineer on site advising of any issues as they arise and I will continue to do so until Works are complete.”

Councillor McGowan added that he wanted to assure everyone that they will continue to push forward with these very important improvements works planned within the Stranorlar area and anyone with concerns can contact himself or the local roads office in the BASE Railway road Stranorlar.

Plea to motorists to observe stop/go signs and slow down was last modified: September 6th, 2018 by Stephen Maguire
Facebook0Tweet0LinkedIn0Print0