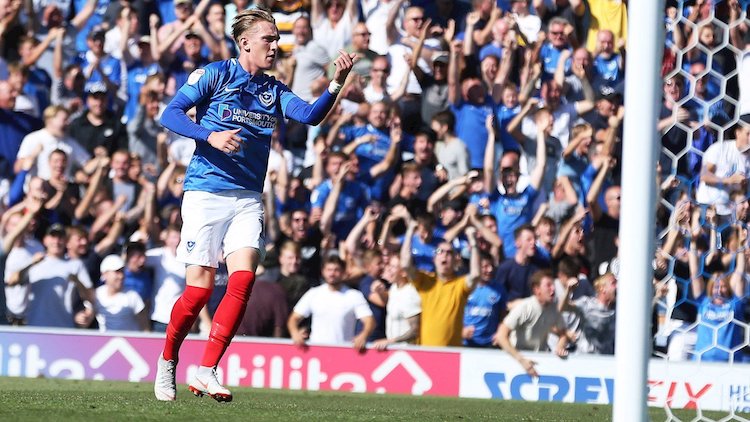 Ronan Curtis to feature for Ireland U21s in European qualifiers

Ronan Curtis has been named on an 18-man Republic of Ireland U21 squad for European Championships qualifying matches against Kosovo and Germany.

Curtis is in scintillating form with Portsmouth, having netted five goals for Pompey since his summer switch from Derry City.

The St Johnston man scored twice in the weekend’s 3-0 win over Plymouth at Fratton Park and will look to take that impressive form into the international ranks.

Ireland are currently second in Group Five behind Germany in top spot having played one game less and ahead of Kosovo in third spot. Tickets for the game against Germany at Tallaght Stadium are priced at €5 for adults and FREE for U18s, and available via Ticketmaster.

“The players are really looking forward to the week ahead and the squad are excited about the fixtures. They’ve got themselves into a great position going into the games and they’ll look to secure more crucial points in these next two games,” King said.

“The group are missing a few players, the likes of Connor Dimaio, Olamide Shodipo and Shaun Donnellan so the group will have to come together and work hard during the week to get the results we need.”