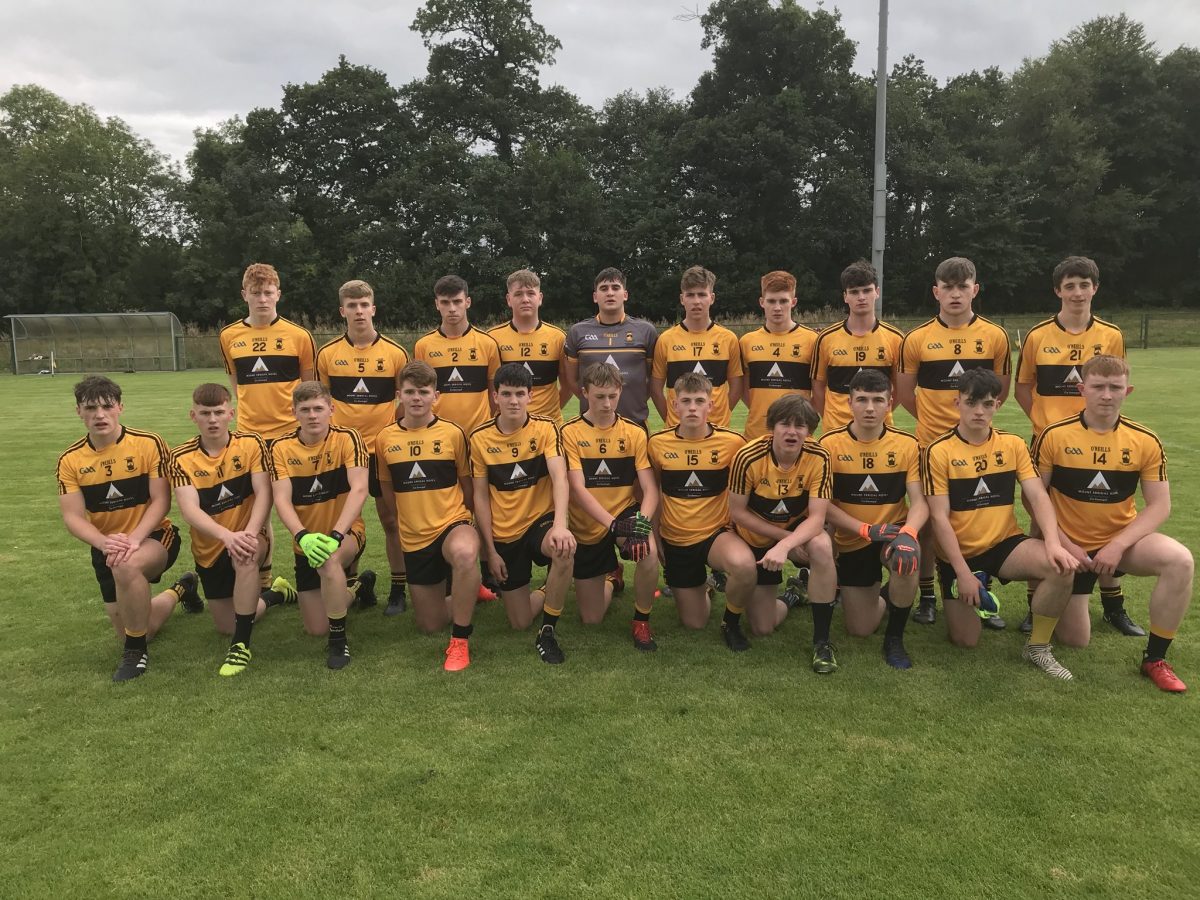 For an age, it seemed as if the glory was beyond them, but in 2016, it all changed and changed utterly for Pauric Ryan’s St Eunan’s.

They’d come close, but not close enough. In November ’16, though, they defeated Sean MacCumhaills 5-9 to 0-14 to win the Donegal U16 Championship.

It was a win – on a day that Padraig McGettigan scored a hat-trick – that saw them break the mould.

That December, they became the first St Eunan’s team to win an Ulster title as they overcame Warrenpoint in the Spirit of Paul McGirr Ulster U16 Tournament.

“All we were looking for was to win Donegal, but they were just fabulous in Ulster,” Ryan says now, as they prepare to face Naomh Pádraig from Muff in Wednesday evening’s Donegal Minor final in Convoy (throw-in 8pm).

“Getting a run in Ulster was a bonus. We didn’t have a clue what to expect that year in Ulster. Our Championship was actually late so we got nominated to play in Ulster having won the League. We got past Derrygonnelly and Magherafelt to reach the final. It was a great experience for the boys.”

In that Ulster final, Michael Gallagher netted a hat-trick.

Gallagher is now unavailable as he is playing these days at Finn Harps. The same can be said of Daragh Ellison, another goalscorer from that Ulster final two years ago.

A win on Wednesday would set this batch off on another mission into Ulster, but Ryan insists they can’t look beyond the final.

“Wednesday is all we can think of for now,” he says.

“Sure, Ulster would be in the back of the mind, but it has to be all about Wednesday. We know Muff are a strong side and have a lot of men involved with Donegal teams. We just have to take care of the final.

“Of all the underage championships, minor is the one to win. Minor, historically, is the one that everyone wants and carries a lot of weight.”

Ryan and PJ Kelly have been with this crop since under-10 level. They were joined at under-15s by Sean McIntyre and Joe Higgins.

“There’s a great underage structure at the club now. That’s all coming from the Sunday morning academy. I think St Eunan’s were one of the first clubs to go down that route and it’s been a great success.

“The lads have great experience already. We had a lot of boys who were in the MacLarnon Cup final with St Eunan’s College and a few who played in an All-Ireland final with Coláiste Ailigh too. You can’t buy experience and quite a number are playing with the club’s reserves or seniors too.

“Going into adult level, everything is that wee bit quicker and they have much less time to dwell on the ball; in fact, you can’t dwell on it.”

O’Donnell, O’Boyle and McEniff were also on the Donegal Under-20 panel, while Dylan Doogan and Donal Higgins were also members of the U17 panel.

Ryan says: “It’s super experience for the boys to get and definitely helps them to come back into the club again.”