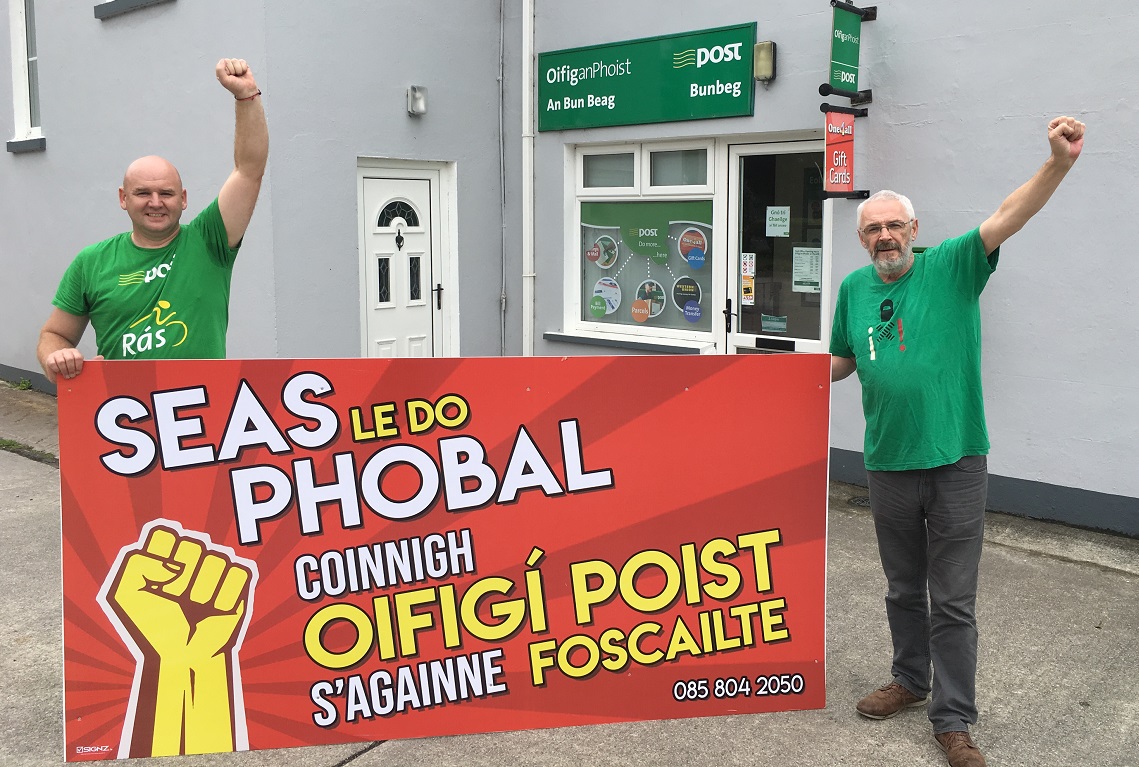 A Donegal Councillor has hit out at alleged privatisation tactics of An Post which involve the closure of local post offices.

Cllr Michael Cholm Mac Giolla Easpuig has called a public meeting this Wednesday 5th September for the community to explore ways to protest the closure of several local amenities in West Donegal.

Seventeen post offices in Donegal have been listed for consolidation by An Post, as part of a nationwide policy to close 159 offices in total within the state.

Cllr Mac Giolla Easpuig has put forward a view that An Post’s moves are a signal of impending privatisation of the service.

He said: “Under the previous Fianna Fáil led government from 2002 to 2011, 629 Post Offices were closed in the 26 Counties. Both Fianna Fáil and Fine Gael believe in acting in the interest of big business, making rich people richer.

“I believe what is happening right now is that the overall objective of both parties is to get rid of the non-profitable Post Offices right across the state and only keep the profitable Post Offices and then sell the state company off to an already wealthy private company. This will never be in the interests of the people of Gaoth Dobhair, or anywhere else for that matter.”

The public meeting will be held in Ionad Naomh Pádraig, Dobhar on Wednesday 5th September at 7pm. Cllr Mac Giolla Easpuig said it is imperative that the community takes a stand to protest further removal of services from the North West.

Cllr Mac Giolla Easpuig said: “The government is saying that it is a decision taken by An Post and that they will provide a better service after the closures. We don’t believe them. This is the sort of message that Margaret Thatcher delivered as she was slashing and privatising community services in Britain. Ronald Reagan did the same in America.

“The sheer hypocrisy of the state in dealing with our community is highlighted by the fact that this year, Bliain na Gaeilge, they are telling the community that they have to formulate a plan to preserve the Irish language in the Gaeltacht, yet at the same time they are cutting back on basic services that we need.

“A language cannot survive unless the community that kept it alive for countless generations survives and the state couldn’t care less about that.

“We can stop this now. We are asking the community to attend the meeting on Wednesday and show their support for a strong campaign to oppose the closure of our post offices,” Cllr Mac Giolla Easpuig concluded.