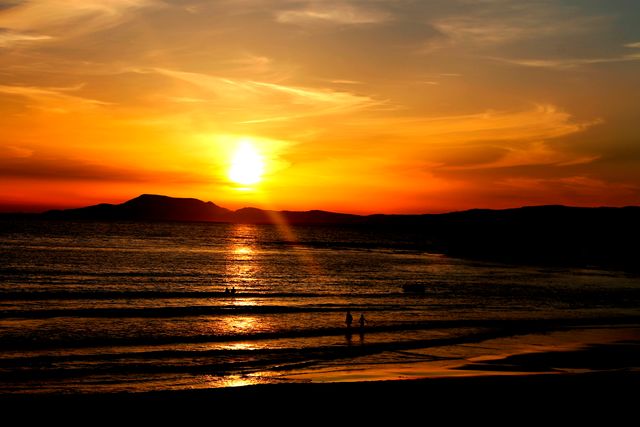 Surprise, surprise – guess where had the most rain and least sunshine this summer?

The country may have enjoyed a scorching summer but Donegal has once again bucked the national trend with the most rain and the least sunshine!

We may not be complaining about the summer of 2018 but even the weather is a little different up here.

Figures released by Met Eireann have given a breakdown of the amount of sunshine and rain across the country for the summer months.

Apart from in Finner Camp, all rainfall totals were below their long-term average for the season.

Finner Camp also recorded the most days of rain at 57.

Apart from Malin Head, all weather stations had above average sunshine.

However, if you lived in Malin Head or you were just visiting, then June 28th was the day on which the highest amount of daily sunshine was recorded with a melting 16.5 hours.

The season’s wettest day was recorded at Newport, Co Mayo with 37.0 mm rainfall on August 17.

The season’s lowest minimum temperature was recorded on August 11 at Mount Dillon, Co Roscommon with a still above freezing 1.2C.

Surprise, surprise – guess where had the most rain and least sunshine this summer? was last modified: September 7th, 2018 by Stephen Maguire
Facebook0Tweet0LinkedIn0Print0
Tags:
donegalMet Eireannrainsunshine