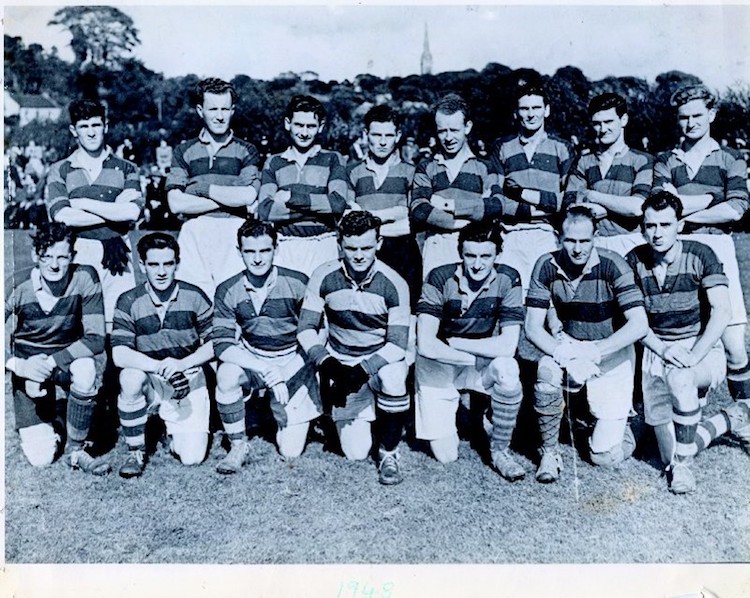 The latest chapter in one of the most storied rivalries in Donegal football will be written this Sunday at O’Donnell Park.

Picture: The St Eunan’s team that won the Donegal SFC in 1948 – denying Gaoth Dobhair a five-in-a-row.

Before that was a rivalry that lives on to this day and will have its latest encounter this Sunday in O’Donnell Park in the Michael Murphy Sports & Leisure Group B.

Both teams are locked on 14 Co. Senior Championship titles with Gaoth Dobhair enjoying a golden era in the 1940’s and 50’s with the bulk of St. Eunan’s titles coming since their 1997 resurgence.

Gaoth Dobhair have also won the two most recent final meetings between the clubs – in 2002 and 2006 – and were responsible for knocking out the Cathedral town team again in the 2017 quarter-final, where a fast start saw them hold on in the end to progress to the semi-finals where they fall to fellow Group B rivals, Naomh Conaill.

Gaoth Dobhair and St. Eunan’s first contested a Senior Final in 1944 with the men from the West taking the honours.

They triumphed over St. Eunan’s again in the semi-final in 1945 before claiming four titles in a row by beating St. Eunan’s in the finals of ’46 and ’47 – the latter being played in Magheragallon after the clubs agreed to alternate venues should they meet in finals. 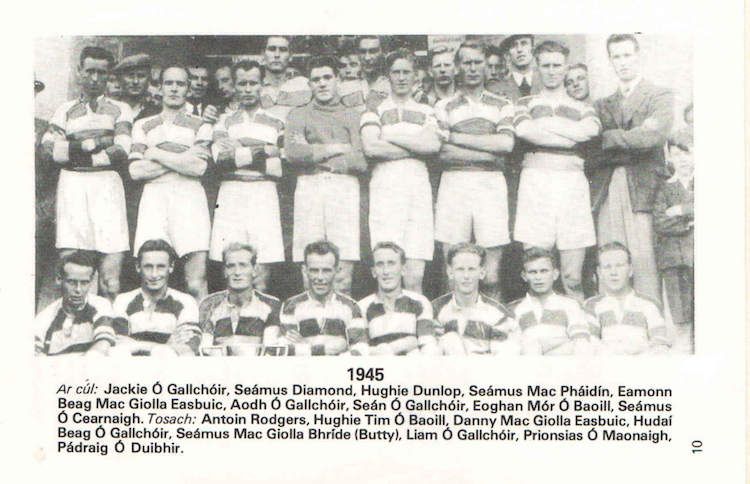 The Gaoth Dobhair team of 1945

And so, it was that in 1948, when both teams again reached the decider that the game was set for O’Donnell Park.

It was described as a “fine sunny day” with a “record attendance” as St. Eunan’s sought to stop Gaoth Dobhair winning five-in-a-row on their home turf.

The champions started strongly and led by 2-00 to 0-03 at half time. After St. Eunan’s levelled the game midway through the second half, the westerners took the lead again but once Sean Curran glided in for a goal there was no denying a first title for St. Eunan’s on September 5th, 1948.

The teams met again in the 1949 final with Gaoth Dobhair once again besting their rivals in Glenties. They met again in final in 1955 (Gaoth Dobhair) and 1960 (St. Eunan’s) but did not meet in another final until the 2002 decider.

St. Eunan’s are producing a souvenir programme at Sunday’s game to commemorate their first title 70 years ago that includes the memories of the great Con Halpin, the last surviving member of the St. Eunan’s team that played in 1948.

The Juvenile Final against Ballyshannon was also played that day and a 16-year-old James ‘Gouldie’ McGettigan – who will be in attendance on Sunday – was a star of that team as he was making the breakthrough into the senior ranks.

The clubs are further linked through current county star Odhrán MacNiallais of Gaoth Dobhair whose grandfather Michael Mellett of College Row was on the Minor Championship winning St. Eunan’s team of 1950 and the Juvenile team of 1948.

The old foes will do battle once again this Sunday with a 5pm throw-in in a hotly anticipated game that has rightly been dubbed the tie of the opening round of group games in the 2018 Championship. 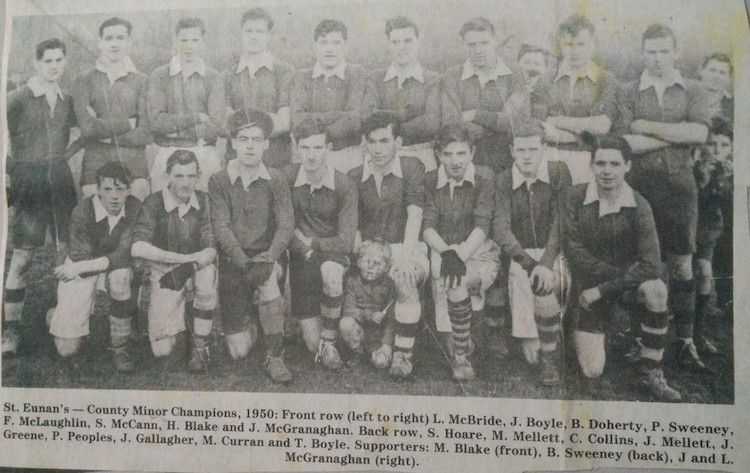