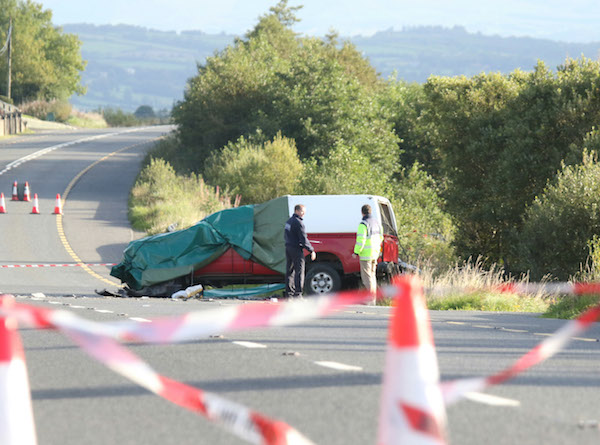 Gardai have arrested a man following a crash in Co Donegal overnight which has left one man in a critical condition.

The crash, between a car and a jeep, happened around 8pm on the main Ballybofey to Letterkenny road at Dooballagh.

The driver of the jeep was rushed to Letterkenny University Hospital and is understood to be in a critical condition.

However, the driver of the other car, a Mazda car, was arrested a short time later.

There was at least one passenger in the car, a female.

Inspector Goretti Sheridan confirmed the Gardai had received earlier reports from the public of a car driving recklessly in the area.

The man arrested is expected to appear in court shortly.

Gardai closed the road following the crash and it is not expected to open until later today.

A Garda forensic’s examination is currently underway at the scene.

Meanwhile, the man injured in the crash is from the locality and well-known in the area.