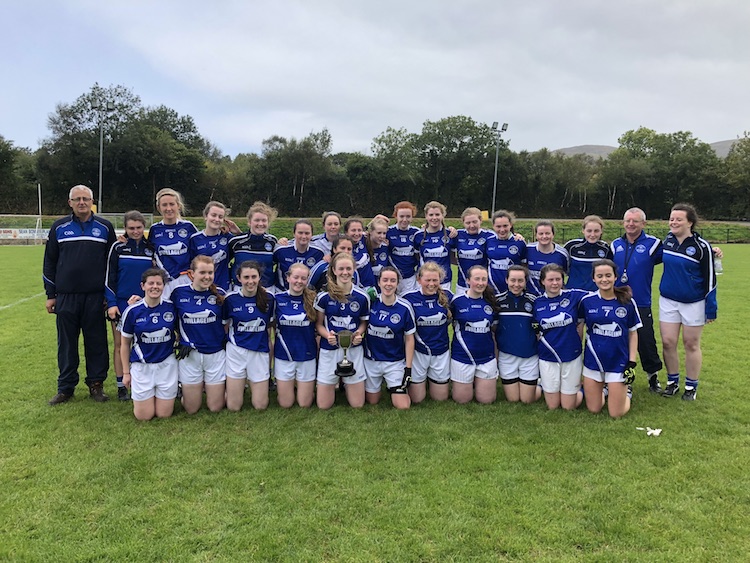 Lauren Carr scored 2-6 for John McConigley and Hughie Shiels’ side, who were on top for most of the contest.

Gaeil Fhánada led by six, 2-8 to 2-2, at half-time, and maintained their advantage in the second half, where they added another three goals to seal an eight-point win over a Naomh Muire side that had Caroline Sharkey top score with 2-3.

It had all begun so differently as Ailbhe O’Donnell’s effort looped over goalkeeper Siobhan Coyle – unsighted in the bright morning sun in Glenswilly – for a goal after only 17 seconds.

Soon, though, Gaeil Fhánada were in command with Carr to the fore.

Gaeil Fhánada reeled off 2-7 in quick succession to assume control.

Michelle McDevitt and Orlaigh Carr worked the chance for Lauren Carr to bag the opening goal in the seventh minute.

Hannah Shiels and Rachael Sweeney were also on the mark before the second three-pointer arrived in the 19th minute.

It was a moment of brilliance as Michelle McDevitt lofted in a shot from the left-hand side and it flew past Casey McGarvey, the Naomh Muire goalkeeper.

From close range, Sharkey pulled a goal back for Naomh Muire, but Clare Friel’s fine point had eight between them again.

It took a brilliant save from Coyle to deny Sharkey late in the half when a goal seemed certain.

Saoirse Bonner and Sharkey hit points, but Gaeil Fhánada held the upper hand at the switchover.

The second half was only three minutes old when Friel took receipt of Aisling McDevitt’s pass and riffled home. Friel is better known usually for her exploits in keeping the ball out at the other end, in her role as Bonagee United’s goalkeeper in the North West Women’s Super League, but it was an excellent finish by the full-forward.

Both teams were missing big names with Caoimhe Walsh absent for Gaeil Fhánada and Naomh Muire lining out without Erica Hannah and Maria McCafferty.

Two minutes from the end, Aisling McDevitt completed the Gaeil Fhánada scoring with another goal to send the silverware back to Portsalon.