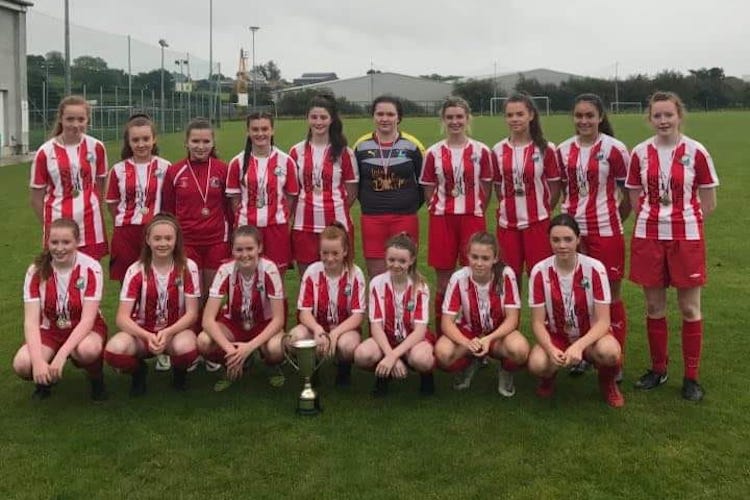 Erin Fildara scored FIVE goals as Sea Rovers defeated Lagan Harps in the Ulster Under-16 Cup final at the Lakeside.

Fildara’s handful sealed a treble for Sea Rovers, who added the Ulster Cup to their League and League Cup successes they’d already toasted.

Lagan were without some key players and Fildara broke the deadlock through an 18th minute penalty.

Harriett McCrossan was unfortunate not to level for Lagan, but Sea Rovers broke and Fildara netted her second.

Just before the break, the Republic of Ireland Schools international hit her third.

In the second half, Fildara scored two more and Sophie Murphy also got in on the act.