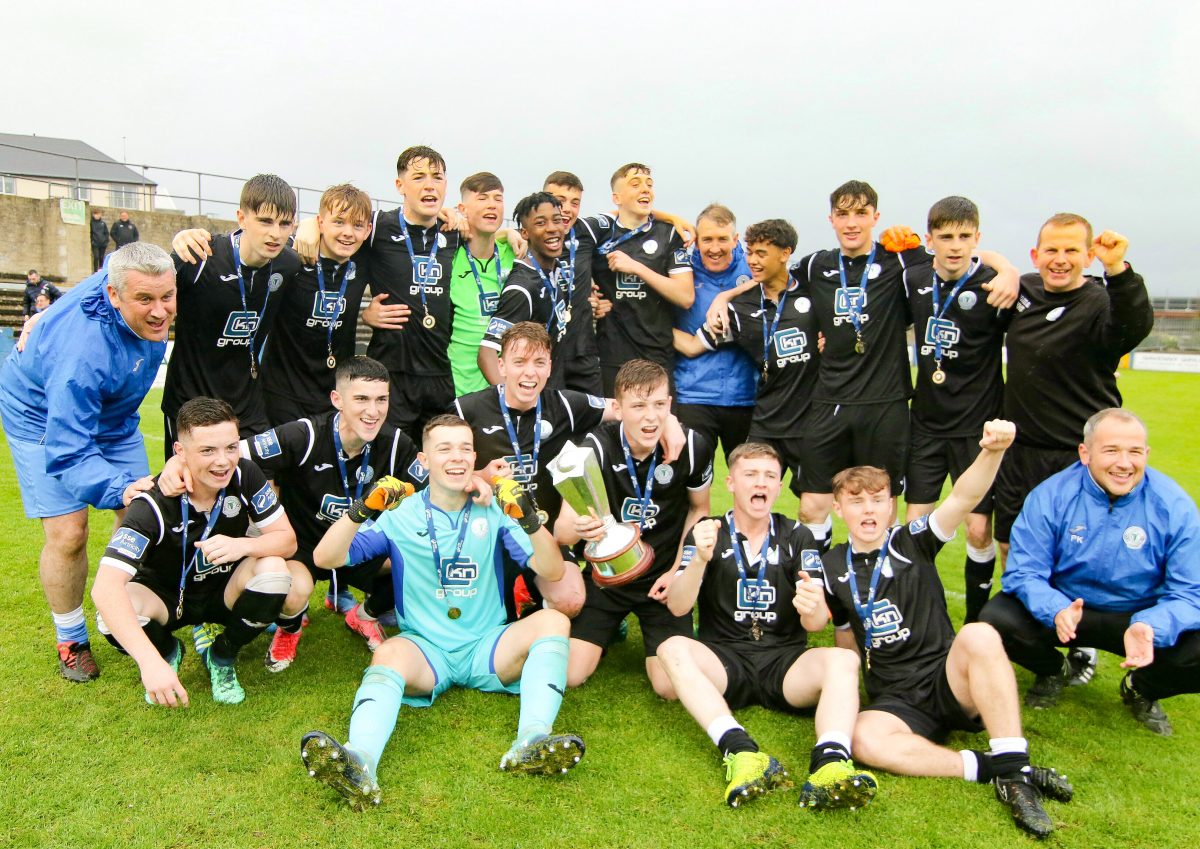 Declan Boyle told his Finn Harps U17s to make sure they came back to the dressing room with the Cup – and they delivered in yesterday’s Mark Farren Cup final.

Boyle, who was captain of the Harps side that lost an FAI Cup final marathon to Bray in 1999, was thrilled to see a young batch deliver on the big stage.

“We’re delighted to get over the line,” the Killybegs native said.

“For the players, it’s about trophies. When you get to a final, you have to win the trophy and get a medal.

“We were excellent throughout and fully deserved out victory. I’m so happy that they delivered. Finn Harps went toe-to-toe with Cork City, won and won well.”