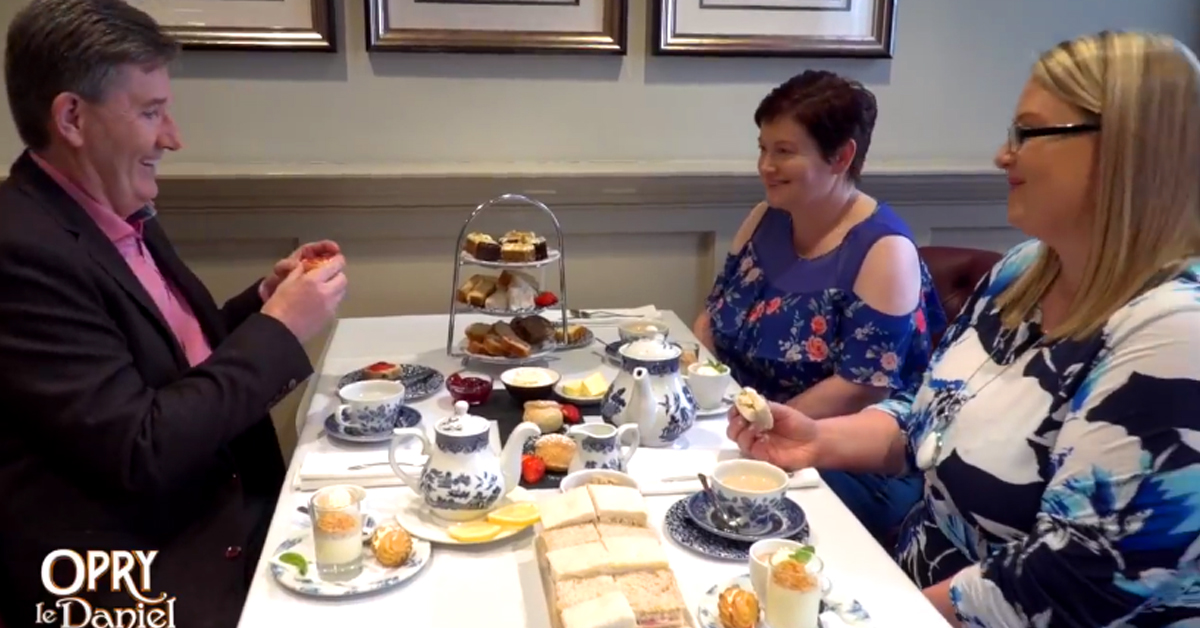 Watch: Superfan’s delight as Daniel turns up for a cupán tae

A lifelong Daniel O’Donnell fan had a fun afternoon tea meet-up with the star that was made even more special as it was all ‘as Gaeilge’.

Superfan Maureen and Amanda Ferry from Gaoth Dobhair had the opportunity to sit down with the Donegal star ahead of his seven-night show run in the Millennium Forum in Derry in May.

Ireland’s own “King of Country” impressed the Gaoth Dobhair women with his Irish skills, despite only really learning the language in recent years. Some viewers could hardly believe that Daniel didn’t have Irish before.

Watch to the end to hear how Daniel gave Pat the Cope Gallagher a run for his money!

You can catch recordings of Daniel’s Derry shows on Opry le Daniel on TG4 in the coming weeks.