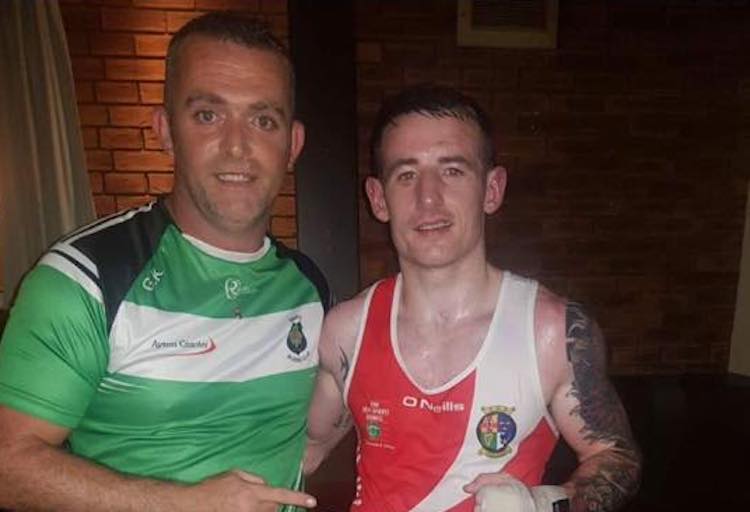 The Ballindrait man – pictured with Raphoe ABC coach Gerard Keaveney– overcame Derek Kerr from Monkstown in a semi-final at the Dockworkers Club.

Lafferty took a 3-2 decision from the ringside judges to make his way into the 60kgs final.

There is the possibility of an all-Donegal middleweight final, with Paul Darby of Raphoe and Oran Shields, now in the colours of Illies Golden Gloves, kept apart in the draw. Darby and Shields have semi-finals on Thursday night.

Dunree welter Charles Duffy faces Shane Murphy of Carrickmore in a semi-final on Thursday, while Illies Golden Gloves super-heavyweight Michael McConigley is up against Belfast’s David Ferrin in a semi.

Donegal is guaranteed one finalist at least with Cathal Brown of Illies slated to meet Cavan’s Thomas Maughan in the heavyweight final.

In the Novice Championships, Letterkenny ABC’s Sean Devine meets Danny O’Sullivan from Randalstown in a semi on Thursday.