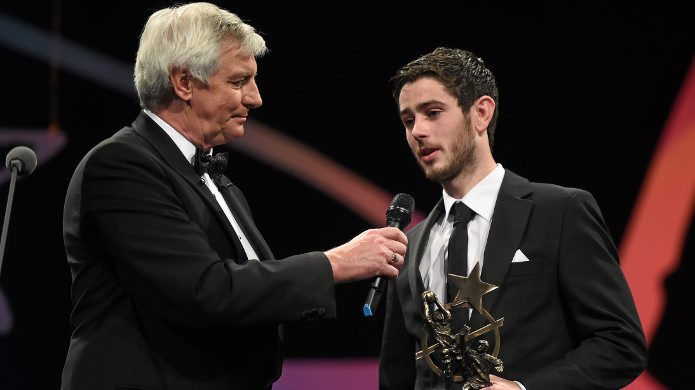 Three Donegal players have been nominated for an All-Star award, it has been confirmed.

Eoghan Ban Gallagher, Michael Murphy and Ryan McHugh are among the lost of 45 players shortlisted for this year’s PwC All-Star Awards.

Both Murphy and McHugh (pictured above) are former Young Footballer of the Year Award winners.

The nominations are divided into 3 goalkeepers, 18 defenders, 6 midfielders and 18 forwards. The final 15 that make up the PwC All-Star Football team of 2018 will be presented with their awards at a gala black-tie banquet in Dublin’s Convention Centre on Friday, November 2, which will be screened live by RTE TV.

Beaten All-Ireland finalists Tyrone received 7 nominations as have Galway and Monaghan. The remainder of the breakdown is Kildare and Donegal 3 each, Kerry 2 and Armagh, Carlow, Fermanagh and Laois receiving 1 each.

The selection was voted on by a committee made up of GAA media, and chaired by Uachtarán Chumann Lúthchleas Gael, John Horan.

These overall awards will be voted on exclusively by intercounty players and they will choose between Ciarán Kilkenny, Jack McCaffrey and Brian Fenton (Dublin) for the senior prize.

The shortlist for the Young Footballer of the Year prize is still confined to players under 21 and this year’s nominees are Brian Howard (Dublin), David Clifford (Kerry) and Michael McKernan (Tyrone).

Footballer of the Year Nominees

Young Footballer of the Year Nominees