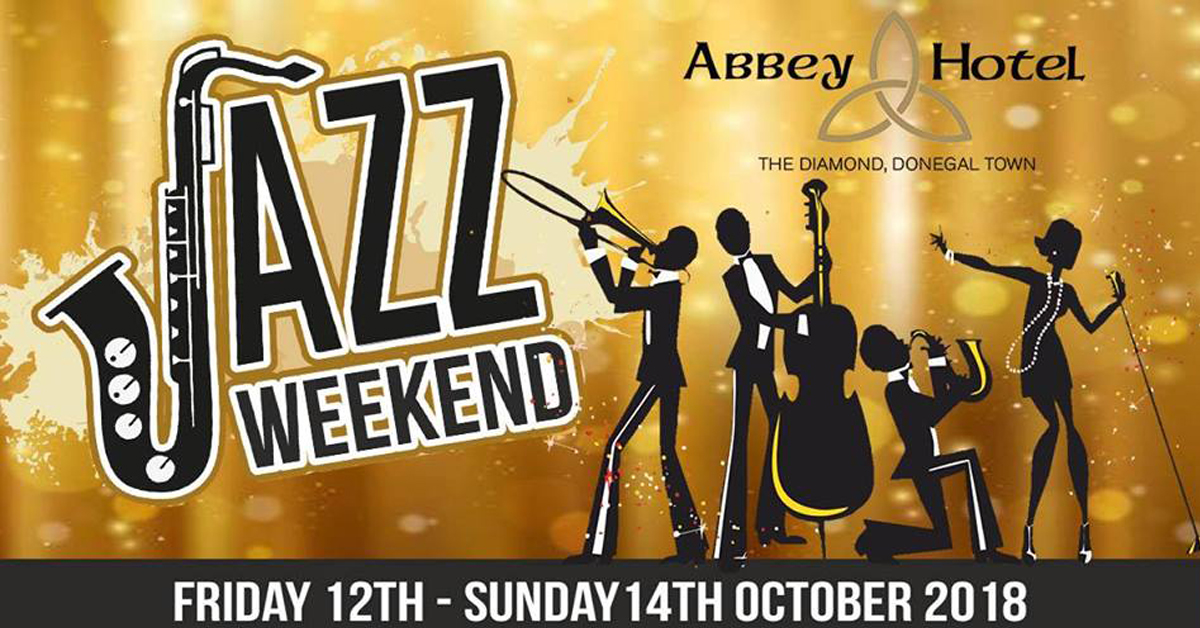 The Abbey Hotel Donegal Town is set to host a Feast of Jazz from Ireland’s most talented musicians this October 12th-14th!

Throughout the weekend there will be Swing Bands, Gypsy Jazz, Hard-Hitting, Brass-Infused mixtures of Soul, Funk, Jazz and Blues with Melodic & Groove Driven Improvisation all from some of Ireland’s most in demand jazz artists!

If you are a music lover, you do not want to miss this!

On Saturday 13th October 2018, The Abbey Ballroom will return to the hedonism of the of the Roaring Twenties with The Prohibition Party!

This Speakeasy will be bursting with frenzied flappers, hot jazz, bootleg gin, dancing and glamour. Glamorous pleasure-seekers are invited to party as if it’s 1922 –  They will be transported back to the 1920s with a night full of rip-roaring 7 piece Swing Band performances, Charleston dance-offs to a Live Jazz DJ, and not forgetting a ‘Jazz Inspired‘ 4 course dinner.

The Prohibition Party requests that a 1920’s dress code is adhered to (where possible!)

There will be performances from Ian Date, Paul Dunlea and Stacked! 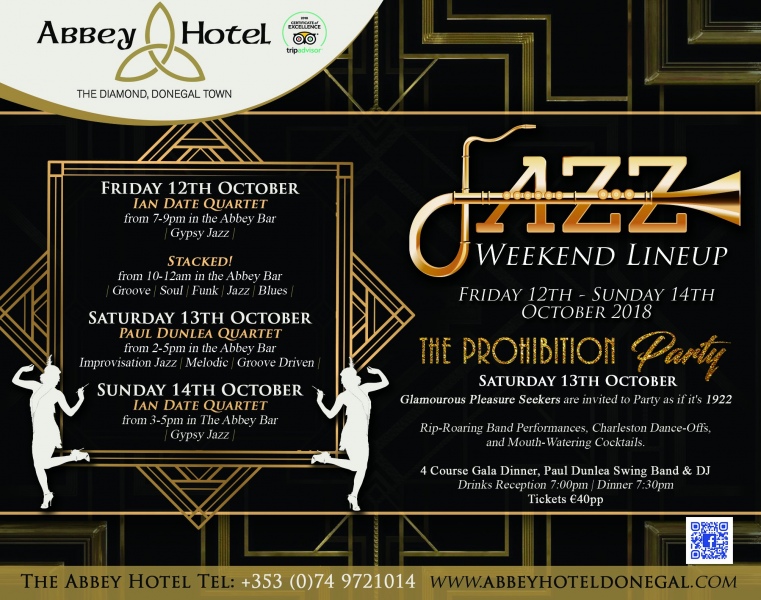 Jazz Musicians joining the line-up include:

IAN DATE is a successful Australian jazz artist now based in Co. Cork. He has played all over the world, has made numerous, television, radio, festival and concert hall performances and is regarded as one of Australia’s greatest guitar players. Critics have described his playing as masterful, lyrical and always melodic.

Although at home in a variety of musical styles, Cork trombonist/composer/arranger PAUL DUNLEA concentrates primarily on Jazz and Improvisation and has a reputation as one of Ireland’s most in demand trombonists.

Groove masters, STACKED!, have been kicking down venue doors all over the country with their mixture of soul, funk, jazz and blues. Whether at the Waterford Spraoi Festival, Guinness Jazz Festival, Dun Laoghaire Festival of World Cultures, or Murphy’s Little Big Weekend, the band has yet to fail in their mission to groove audiences with original arrangements of classic tunes and sheer musical virtuosity.

Check out abbeyhoteldonegal.com for more.