Twelve top class chefs from all over the county came together in Harvey’s Point this week to showcase the very best of Donegal food and show how the county is rising the ranks as a top foodie destination.

The ‘Donegal Signature Dish’ event welcomed up to 70 special guests to be treated to a splendid display of Donegal food on Tuesday night.

Mouth watering dishes were prepared by some of Donegal’s most talented chefs using local produce from local suppliers. Guests, including high profile food writers and bloggers, were blown away by the high standard at what was the first ever Donegal Signature Dish event. 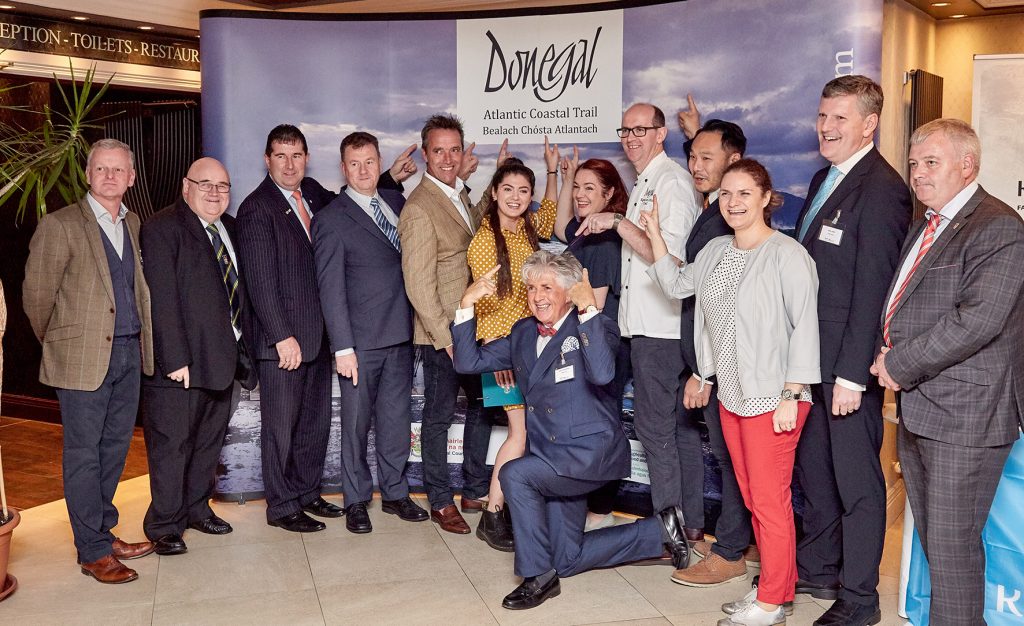 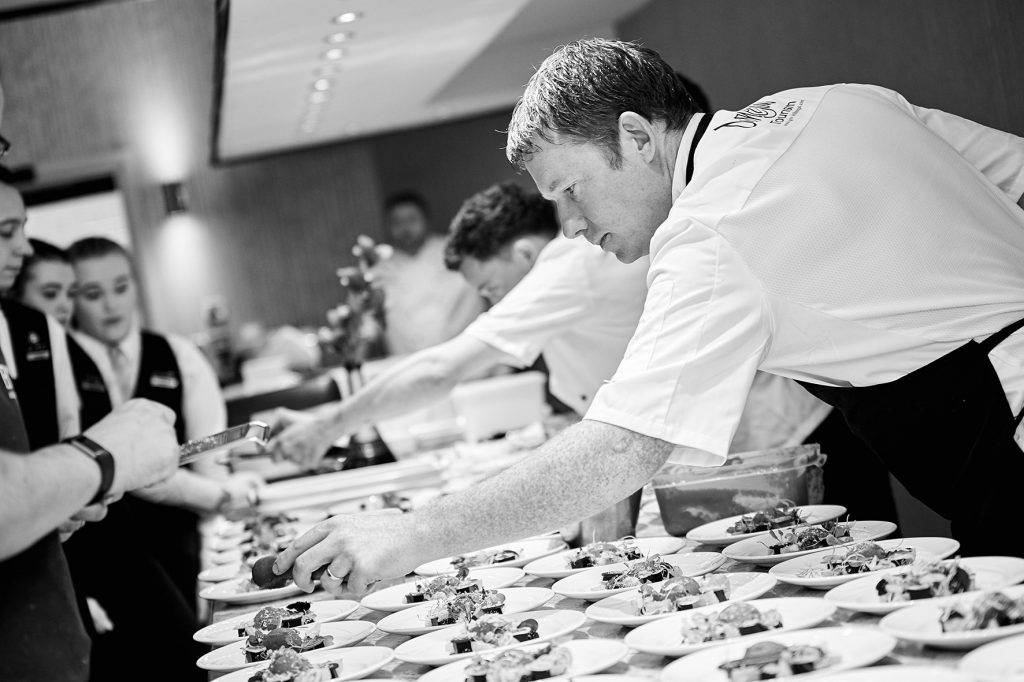 Chefs putting finishing touches to the dishes pictured with the waiting staff lined up and ready for service during the Donegal Signature Dish event in Harvey’s Point Hotel on Tuesday night.

In the ambience of the beautiful Garden Suite, the event started with a drink reception during which canapés were served.

The sit down tasting dinner consisted of 10 different dishes from around the county cooked on the night, which was a real feast for the stomach, as well as the eyes. The dishes were chosen by the organising committee in a selection process earlier this year. Each dish had to fulfil two criteria – consist of Donegal produce and be available on each establishment’s menu either currently or on a seasonal basis.

Cllr Seamus O’Domhnaill, Cathaoirleach of Donegal County Council said “we have outstanding, creative chefs in Donegal who utilise the delicious, locally grown foods produced by farmers and marine producers to prepare new dishes of cuisine that highlight our heritage and culture. We must tell a renewed story about Donegal food and drink experience, focusing on quality, authenticity, innovation and value for money and this is why we are here this evening.” 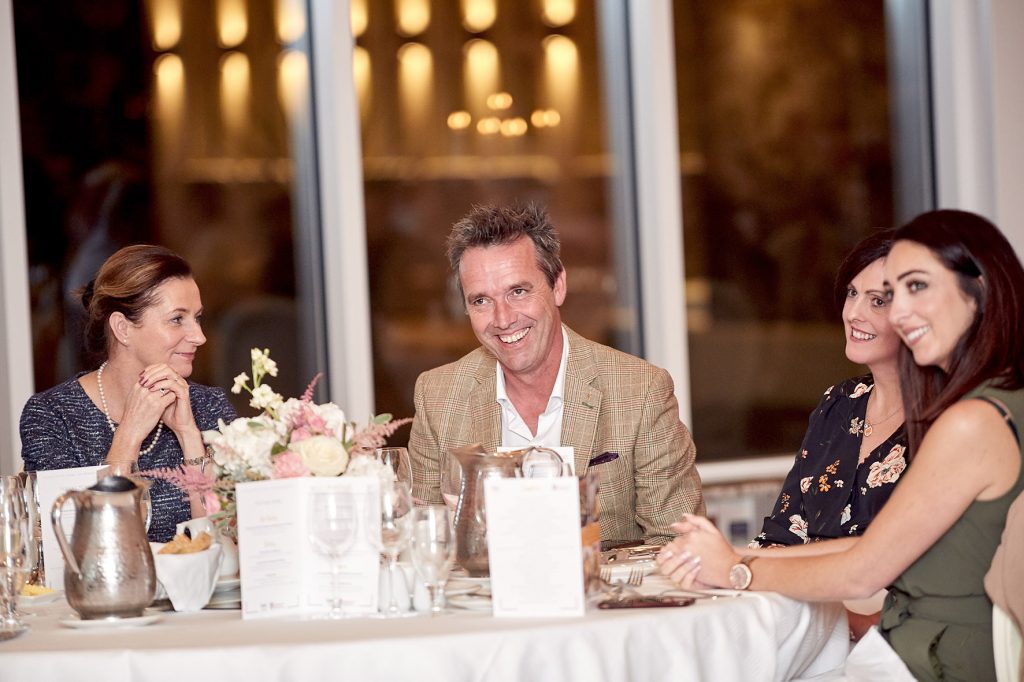 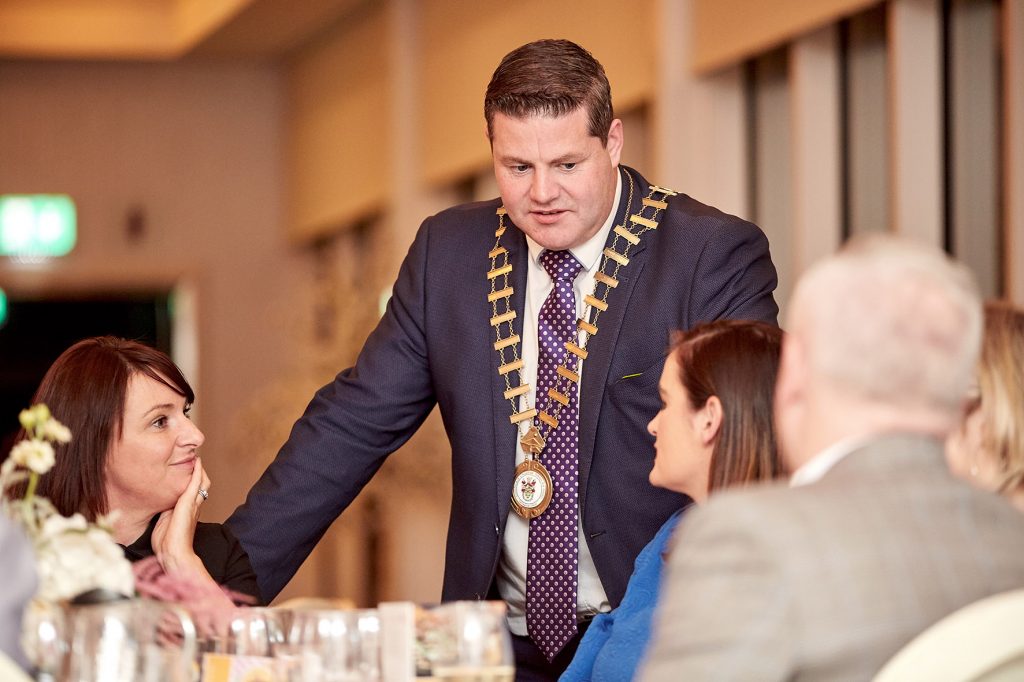 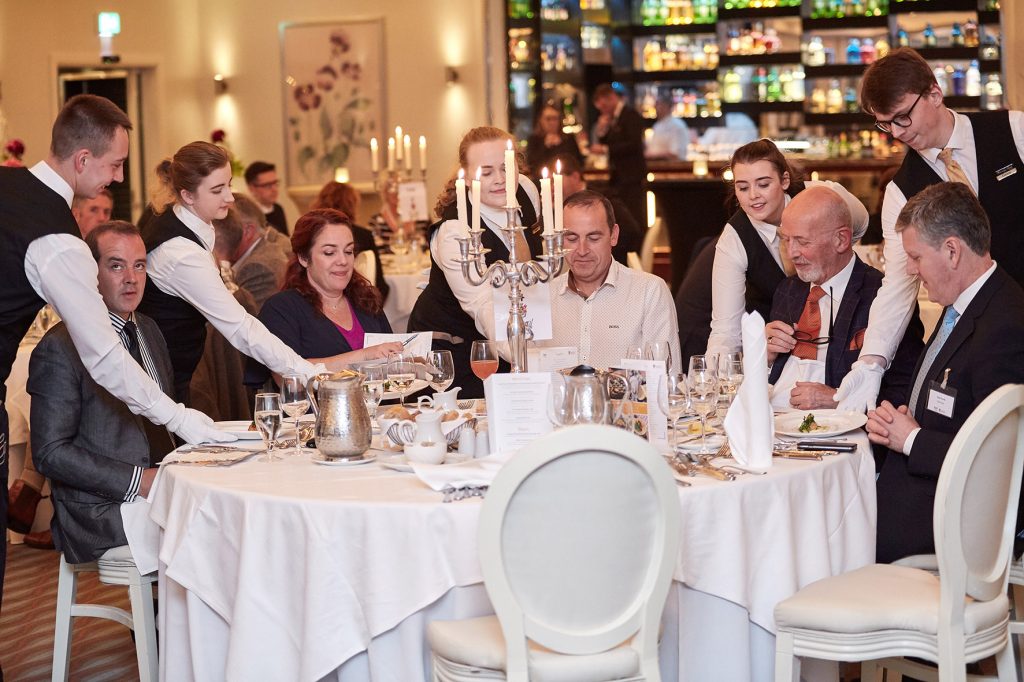 Barney Mc Laughlin from Donegal County Council thanked the committee, the chefs who submitted their dishes, the guest host Chef Brian McDermott, table hosts, suppliers, Harvey’s Point staff and management and all the guests for their attendance.

Mr McLaughlin paid a special tribute to the chefs who took on a challenging task of cooking and serving their dishes, making it a very memorable evening for all attending.

A final thank you to all the chefs who took part in the Donegal Signature Dish event on Tuesday night with staff from Harvey’s Point who received a standing ovation at the end of the evening. 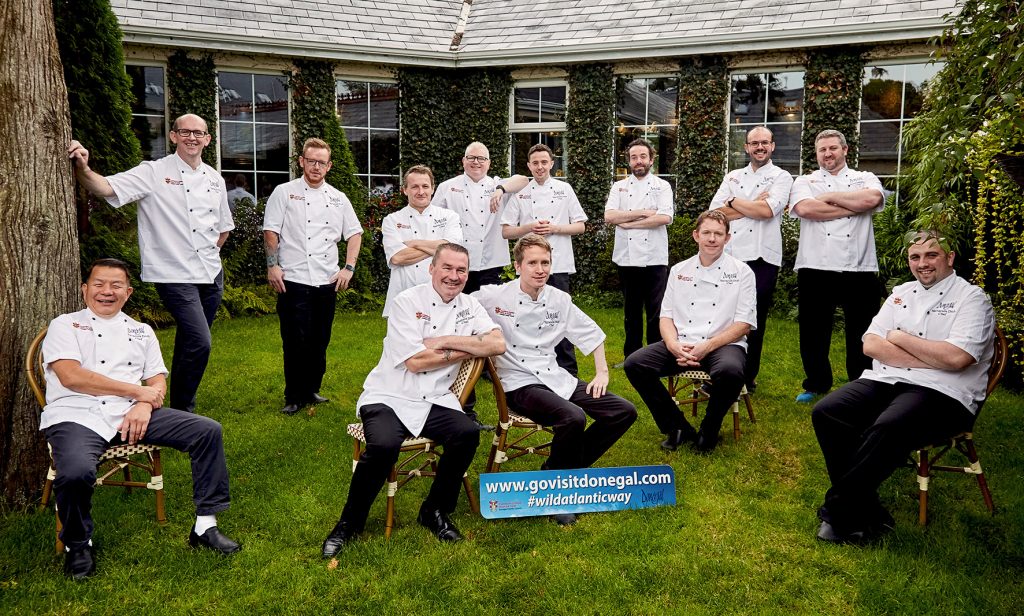 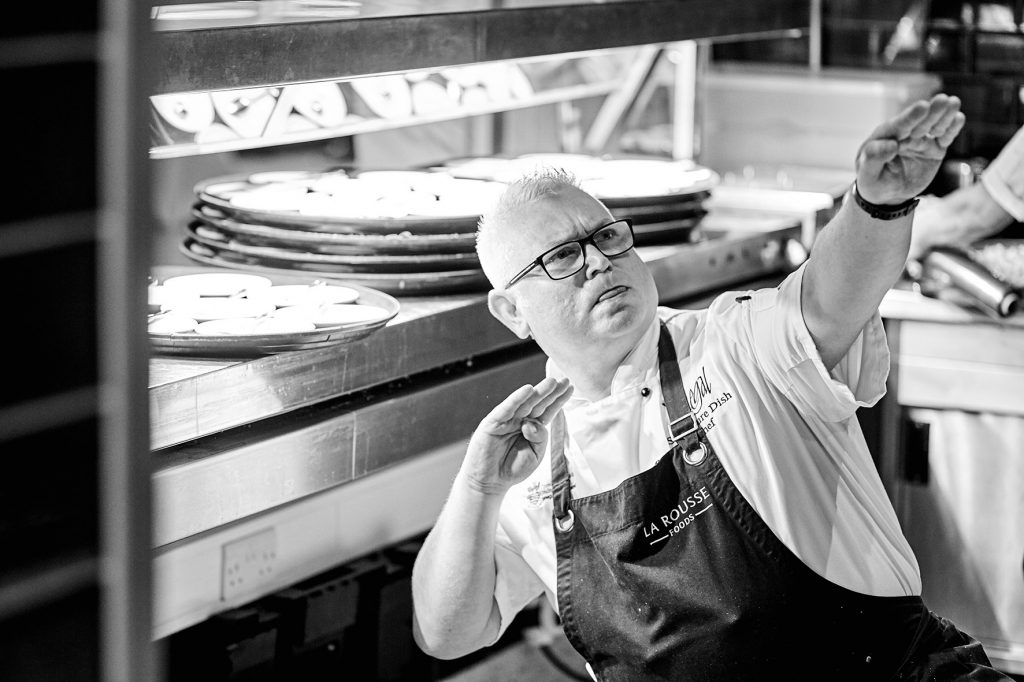