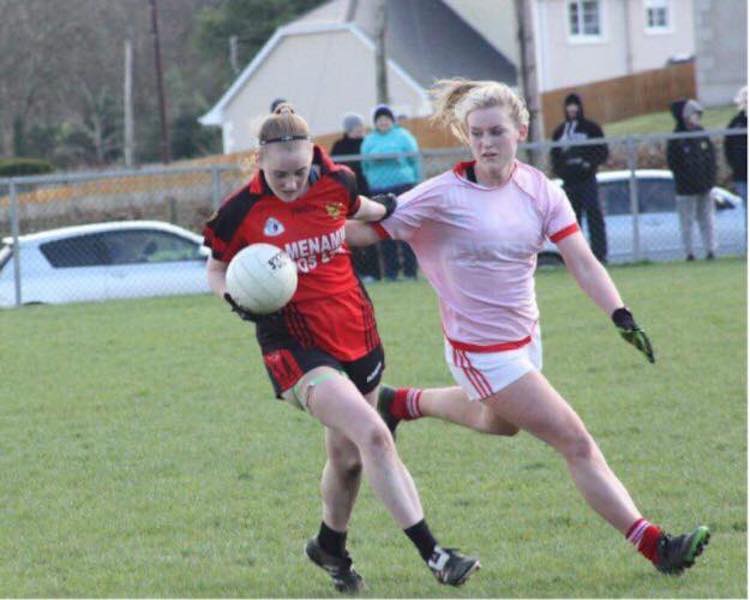 Red Hughs woman Eimear Gallagher heads off to Melbourne next week to take part in an AFLW Rookie Camp.

Gallagher heads off next Thursday for a ten-day camp.

A daughter of Stephen and Anne Marie Gallagher from Dromore, Eimear plays for the club’s ladies team.

There are nine players, including the Red Hughs player, taking part.

The camp was organised by Crosscoders AFL – a global programme that provides female athletes with the opportunity to become a pro in the AFLW.

Agents from AFLW teams will attend the camp and some of those in attendance will be offered pro contracts for the 2019 season.