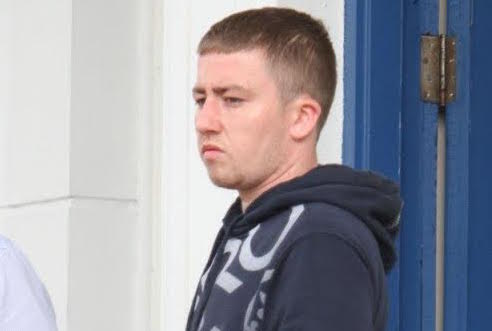 A Lifford man has appeared in court charged in connection with the organisation of a major drugs ring.

Ben Quinn, aged 27, from Rossgier appeared at Derry’s Magistrate’s Court in connection with the supply of cocaine and cannabis.

The BBC reports that Quinn was arrested in Lisburn on Wednesday following a major PSNI operation.

He appeared alongside his co-accused Kevin Cassidy, 43, from Woodbrook in Derry.

They are jointly charged with conspiring with others to supply cocaine valued at £720,000.

They are also charged with conspiring with others to supply cannabis valued at £58,000.

The two men are alleged to have committed the offences on 8 February 2017.
‘Drugs gang’

A detective constable told district judge Barney McElholm that the arrests were connected to the seizure of the drugs which were transported from Derry to Belfast and which were discovered in the Duncrue area of Belfast.

The officer said it was the fifth of six drugs seizures made in 2016 and 2017 as part of an ongoing investigation into the activities of a criminal drugs gang in Northern Ireland.

Objecting to bail, the officer said he believed Mr Quinn was a flight risk as he had access to a substantial amount of cash and properties in County Donegal.