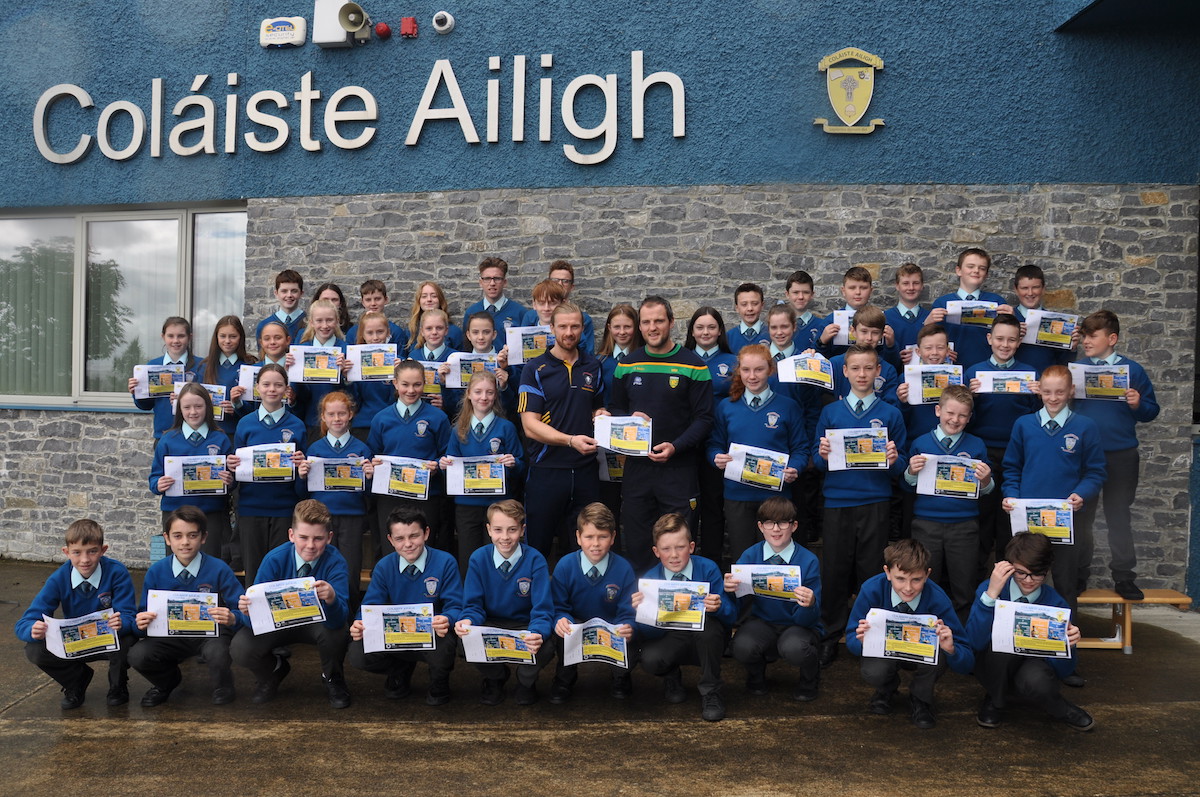 The first match will be played on Friday, September 28 between Finn Harps and the Irish army team at 5.30pm.

The Donegal men’s and ladies teams will play pre-season games in December on dates yet to be decided. All games will be played on Coláiste Ailigh’s pitch in Cnoc na Mona.

The three teams have been able to avail of the school’s state of the art facilities in preparation for their respective leagues and championships. The tickets cost €10 each which covers the entry into all three matches and also a chance to win one of four excellent prizes.

Also in photo are members of the school’s student council and a number of our new first-year students.