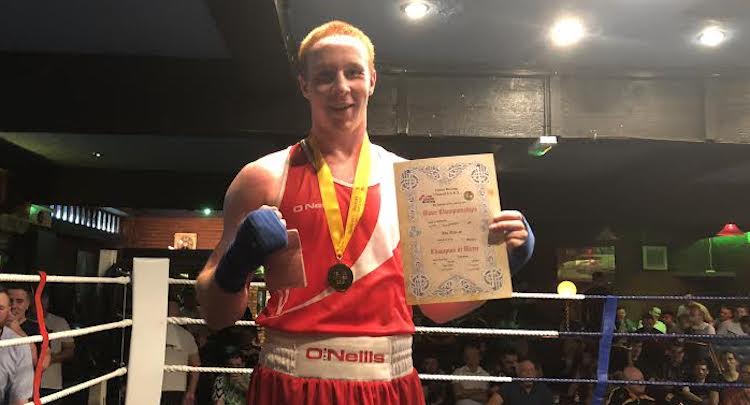 Cathal Brown only returned to training a month before winning Friday’s Ulster heavyweight final in Belfast.

Brown took a majority, 4-1, decision win over Cavan man Thomas Maughan to lift the title at a packed Dockers Club.

A year after winning the light-heavyweight crown, the big-punching Illies Golden Gloves man was back to take home the heavyweight mantle.

“I’m only back training a month. I was out for a few months. I was feeling it big times.”

From ringside, it felt a closer bout than the score suggested, although the fact Brown ended each round well was perhaps decisive.

He said: “I wish I had have done it clearer.

“There’s a big difference when you’re not as fit. Last year, I was flying fit.”

Brown will compete in the Dublin Box Cup next month and will target the Irish Seniors, which take place in January.