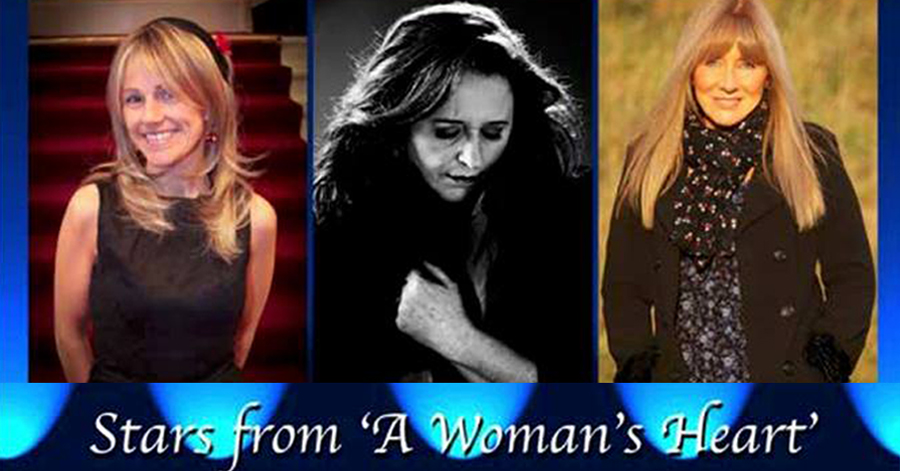 COMPETITON: Win tickets to ‘A Woman’s Heart’ live in concert

Three of Ireland’s leading female music stars have announced a Donegal show not to be missed.

Iconic stars of “A Woman’s Heart” Sharon Shannon, Mary Coughlan and Frances Black will be in concert this Saturday 22nd September in the Clanree Hotel Letterkenny.

Donegal Daily has TWO tickets to giveaway to one lucky reader to enjoy this special show. 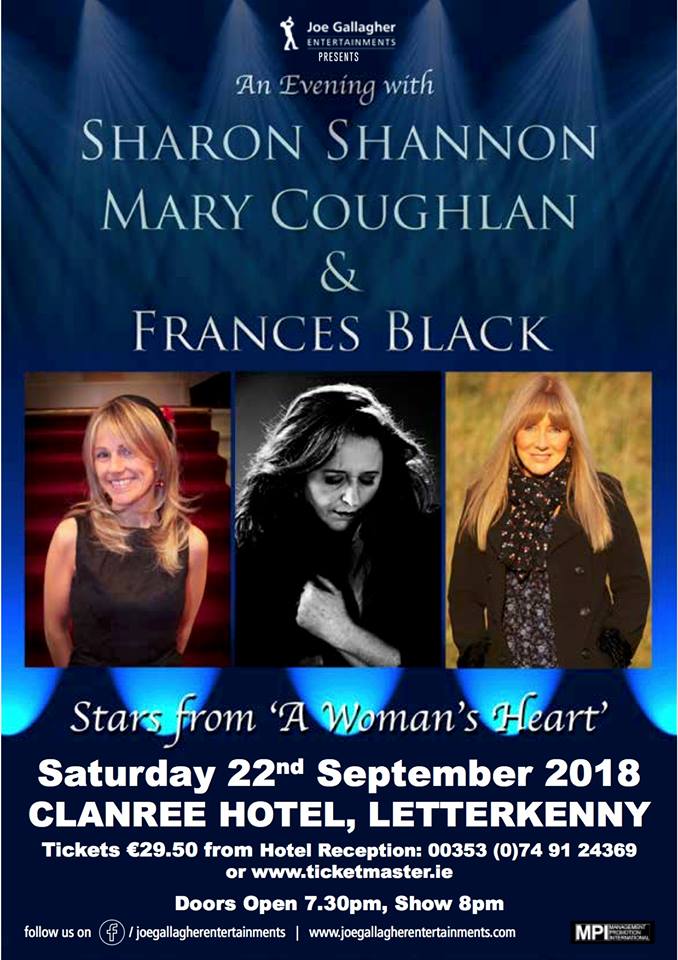 A Women’s Heart – Live in Letterkenny

They thought it might shift three thousand copies – if they were lucky.

Instead it went on to become one of the biggest selling Irish albums of all time.

Thirty years later, the Irish female artists who featured on ‘A Woman’s Heart’ are back together to mark the anniversary.

Frances Black will be joined by Sharon Shannon and Mary Coughlan for a special anniversary concert in The Clanree Hotel Letterkenny this Saturday September 22nd .

“We have half an hour each for our solo session and then we all join in for a fantastic jam at the end.”

“Some in the audience the first time around were with their mothers and grandmothers and are now grandmothers and mothers their selves that’s what’s struck me that this album has influenced so many generations of women.”

“I had always wanted other people to sing my songs. I was advised to start singing them myself first and just couldn’t believe it when Mary Black asked me to sing my song Only A Woman’s Heart as the album’s title track,” she said.

For musician Sharon Shannon, whose career was already in full swing, A Woman’s Heart only brought more success.

“It was, and still is, massive,” Sharon said, “It had such a positive influence on all of us.”

Tickets available from Clanree Hotel reception or from ticketmaster.ie limited tickets will be available on the night.