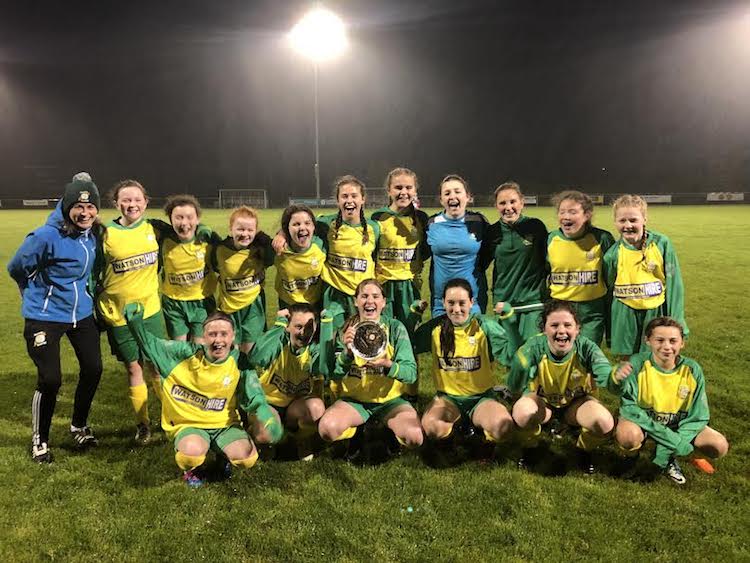 Beneath the glow of the Dry Arch Park floodlights, it was deep into the night when Cliodhna Patton strode forward to fire home the winning penalty, the 12th of a tense shoot-out.

Patton had earlier rescued the tie from the burning embers for Bonagee.

Emma Price, with practically the final kick of the first half of extra time, fired Kilmacrennan in front.

It looked as if that was going to be enough to take the Plate to Lurgy Park, but Patton had other ideas.

Patton neatly tucked home at the far post after good work by Hannah Hopkins on the approach and it sent the tie to the spot kicks.

Bonagee had a hero, too, in their goalkeeper, Emma Doherty, who made three wonder saves in the shoot-out to tee up the victory.

The game itself was played in the aftermath of Storm Ali and the teams served up a storm of their own in an exciting contest that kept the big crowd on tenterhooks throughout. 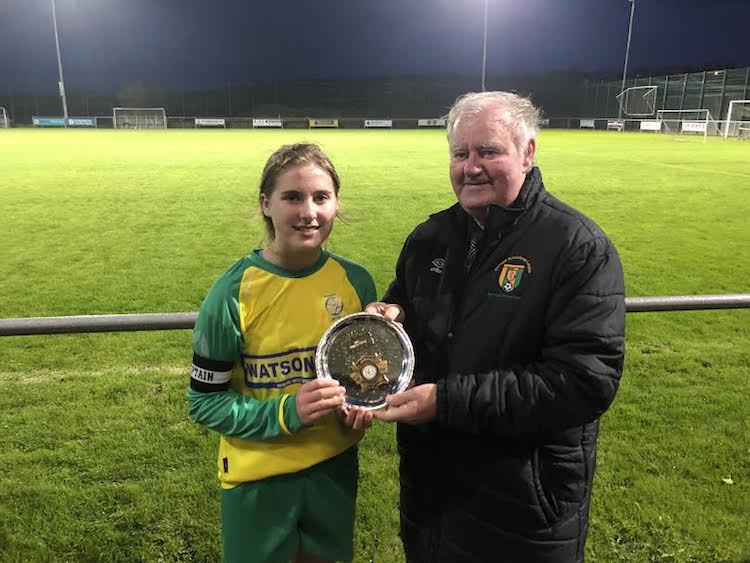 Bonagee captain Caitlin Hume worked a big chance for Bonagee when she showed some neat close control in the area and forced a super save from Kilmac’ ‘keeper Niamh Mangan.

Kilmac, with Jenny McGettigan and Emma Price to the fore, were always dangerous and they forced a succession of set-pieces. But with Hume, Ava Doherty, Ella Black and Eva Harvey standing strong in defence, chances were at a premium.

Katherine Black kept the Kilmacrennan rearguard strong, but Hannah Hopkins managed to break through, only to be denied by Mangan.

Hopkins stole in again, but fired into the side netting as Bonagee searched for a way.

Kilmac were testing from set plays and Bonagee had to be on guard to keep the sheet clean in the latter stages of normal time, when Kilmac rolled the dice again. 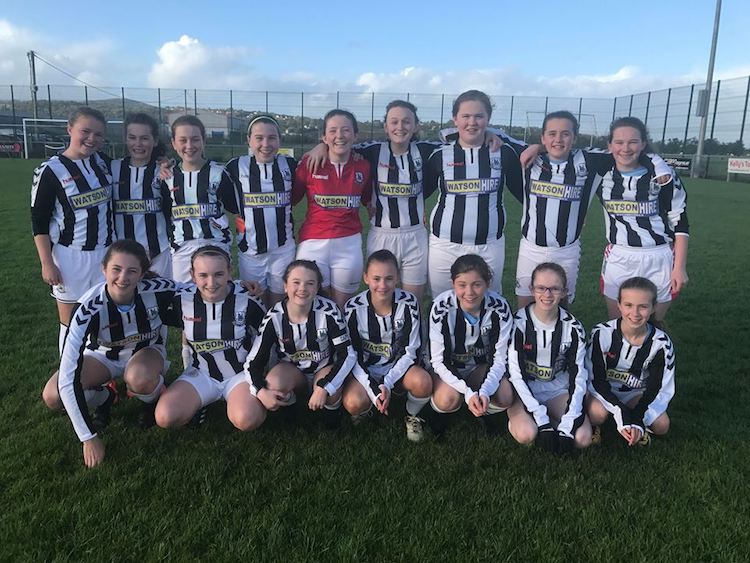 It was nip-and-tuck until, finally, Kilmac hit the front. A well-worked free kick from Katherine Black and Sarah McFadden ended up with Price firing home from close range.

Bonagee had no time to respond in the first period of extra time. With the clock ticking fast, they responded in style as Patton levelled.

Kilmac were well served by McGettigan, Black, Cameron and Price while Hume played a captain’s role for Bonagee, ably assisted by Black, Harvey and Patton.

The final kick of the night would be Patton’s, her expertly-struck penalty sparking big celebrations.