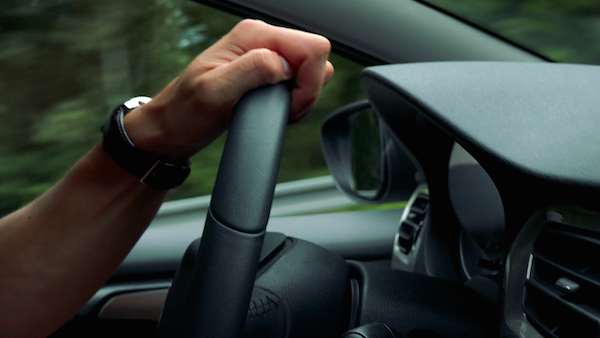 A manic motorist has escaped going to jail and a lengthy driving ban after a charity pleaded with a Judge to allow him to drive for them.

Ciaran Sweeney was convicted of dangerous driving after leading Gardai on a 22 km chase across Co Donegal.

Sweeney, aged 27, was one of three men driving different cars which sped through small villages and quiet country areas driving at “insane speeds.”

However, a Judge has given Sweeney a final chance after a plea from a suicide charity that they could not find drivers.

Charity worker Jim Quinn appeared on behalf of Sweeney when he was being sentenced at Letterkenny District Court.

Mr Quinn told the court that his charity, which operated driving patrols along the River Foyle between Derry and Donegal, could not get volunteers drivers and asked Judge Kelly to be as lenient as he could with Sweeney.

“He is a great character and gives the other people great motivation. He has pulled us out on many occasions. He is not a bad fella and I honestly believe he will never be in your court again.

“We simply cannot get volunteer drivers and this man is highly regarded. I would appeal to you to be as lenient as you can,” said Mr Quinn.

Solicitor for the accused, Ms Carrie Hegarty, told the court that her client was due to travel to New Zealand shortly to take up a three-month work contract.

However, he does plan to return to Donegal after that.

He said he previously heard the facts which revealed how Sweeney, of Tamney, Fanad, had been in a convoy of three cars which had led Gardai on a 22 km pursuit.

Judge Kelly added that he was astonished that Gardai had applied to strike out all but one charge of dangerous driving against Sweeney.

He said that such driving could only be met with a custodial sentence and a lengthy driving disqualification.

However, the court had been placed in a quandary with the plea heard by the court from Mr Quinn, he added.

He said the Probation Service had spoken highly of Sweeney, saying he was unlikely to re-offend and that he had also completed the Pro-Social driving course.

“I have been asked to take a different approach and a risk on this man’s future,” he said.

He sentenced Sweeney to 80 hours community service for a charge of dangerous driving at Cratlagh, Milford in lieu of three months in prison.

And he added, “I hope it is not a course of action that I or a member of the public have cause to regret”.