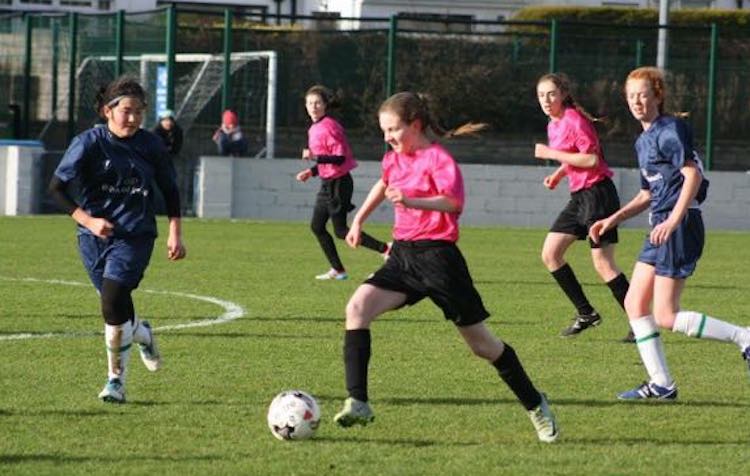 Fanad teenager Keri Sweeney has been given the green light to play football again – after a heart condition threatened to stop her in her tracks.

When Professor Kevin Walsh gave her the green light to resume playing, she went straight to Dublin city centre and bought a new pair of boots.

The Mulroy College student had to sit out six months and was unsure if she’d ever get back on the pitch.

Professor Walsh, a consultant paediatric cardiologist at The Mater Hospital, gave her the news she dreamed of hearing ever since that evening in February when she was put out of action.

No sport for six months.

No PE in school.

Nothing that would raise her heart rate.

Professor Walsh’s news in August came with one strict stipulation: There must be a defibrillator on site, with trained personnel to operate it.

Many clubs in Donegal now have defibrillators installed – but not all of them.

A fundraising campaign will be launched to help purchase a personal defibrillator, which she can take with her to training and to games, but Keri is also aiming to promote awareness of cardiac issues – and the need for defibrillators at all sports grounds.

“I was just lucky I found out,” Keri, a talented all-rounder who also plays Gaelic football for Gaeil Fhánada, says. 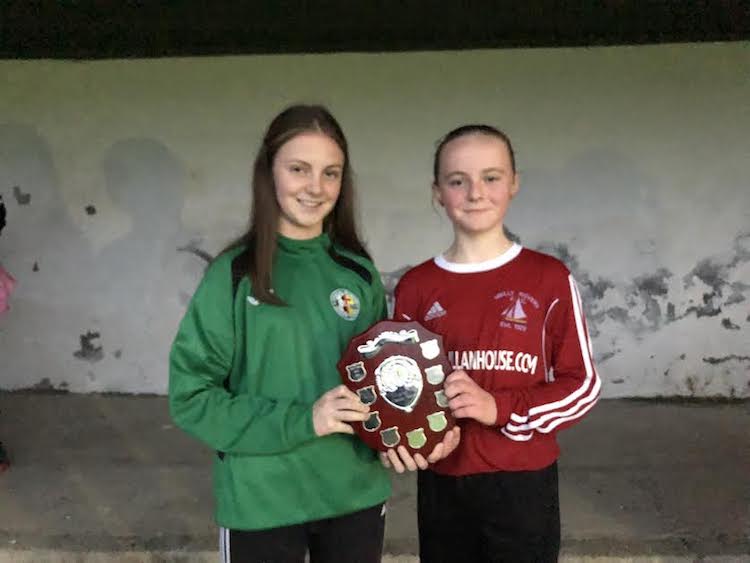 Keri Sweeney presents Swilly captain Claire McCarron with the Charity Shield on Monday night. The gate receipt from the game went towards the purchase of a defibrillator for Keri.

“So many people don’t know they have this.

“They wanted to be safe with me because I played football. They couldn’t find anything on the scans, but the cardiologist sent me for the MRI just to make sure.”

In August 2017, she suffered a broken collar bone while playing for Mulroy Academy in an Under-16 game against Greencastle.

Not long after that, she complained of heart palpitations.

“We thought she just wasn’t distinguishing between that and the pain from the collar bone injury,” says her mum, Karen.

An ECG showed up nothing untoward, but an event monitor flagged up an arrhythmia. Ordinarily, she wouldn’t have been sent for a cardiac MRI, but her active background led her to Blackrock Clinic, on the advice of her cardiologist, Dr Aleong.

“Because she played sport, the cardiologist wanted to make sure there was nothing underlying,” Karen says.

The MRI showed suggestions of perimyocarditis. A virus attacked her heart and caused pericarditis/myocarditis.

She would require 100 per cent rest.

Last year, Keri trialled with the Republic of Ireland Under-16 squad. 2018 was to be her year. But the rug was pulled from under her and left her a spectator. She began the season by aiding Packie McElwaine, the Mulroy Academy Under-16 manager, but found it a chore.

She says:  “It was hard to watch when I knew I couldn’t play. It was a very long six months.”

The Sweeneys and Dr Aleong decided to pay a visit to a paediatric cardiologist in the summer.

In a room at the Mater Private on Dublin’s Eccles Street, Keri heard the news she’d almost began to imagine was impossible.

The tears flowed – but this time they were tears of sheer joy.

“I couldn’t believe it,” she says, the smile that crosses her face saying it all.

“I didn’t expect that with the way the doctors had been going on.”

She has completed five weeks of a twice-weekly strength and conditioning programme, under the watch of her former coach Cathal McGinley, and will be back on the pitch soon with her school, Mulroy College, who are aiming for a third FAIS Senior ‘B’ National Cup in a row. 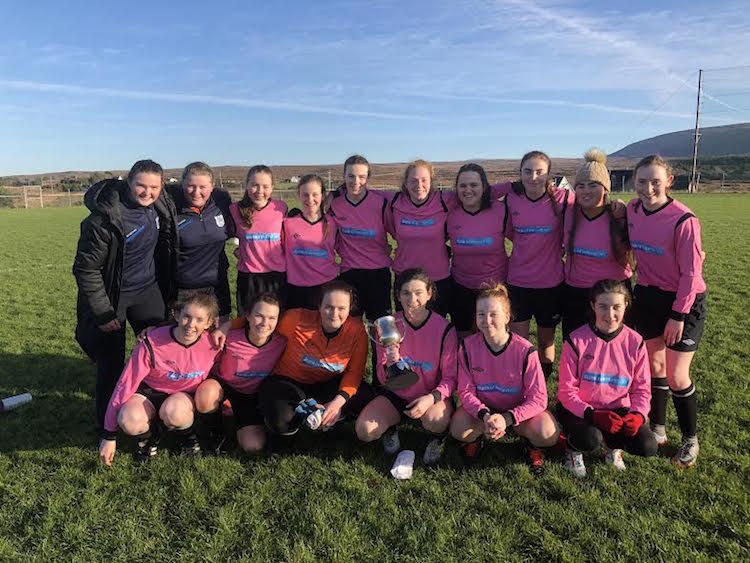 “I can’t wait to get back,” Keri, who also plays with the Donegal Women’s League representative teams, says.

“It was unreal to win the All-Ireland with Mulroy. The one in January was my second year winning it and I really wanted to get back now for the school team. The season starts again soon so I’m looking forward to that.”

She’s been taking beta blockers, ACE inhibitors and aspirin for six months now, but will be off all medication soon.

Mum Karen says heightening awareness on such a delicate area is their main focus as they look forward to seeing Keri back playing.

“What Keri has, so many people have it and they just don’t know it,” she says.

“These viruses can attack any organ in the body. Some people don’t know and could just drop on a football pitchat any time – therefore defibrillators and trained personnel are a must for all sports facilities. Thank God, Keri is on the right track again.”