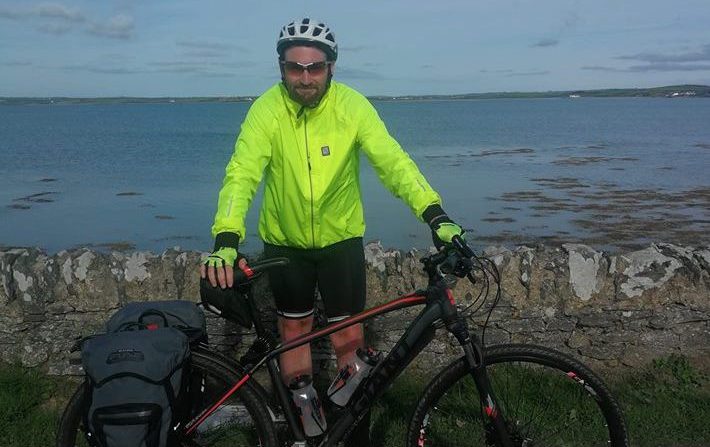 Raymond Peoples completed a challenging 480-mile cycle in memory of his father this week and feels a weight off his shoulders.

The St Johnston man took on some of the toughest terrain between the UK ferry ports of Cairryan and Holyhead.

He was everywhere from Gretna Green to New Galloway, between the Yorkshire Dales and the Pennines, on limited supplies.

For the duration, he had only himself for company – or, at least that’s how it looked.

In the space of 21 months, Raymond lost his best friend, Jordan Curran, to suicide and his father, Edmond, to cancer.

He set off with the attempt of raising €1,000 for the Irish Cancer Society. So far, he estimates, he’s closer to five times that figure.

But his expedition was about much more than zeros and euros.

“I needed to clear my head and needed to do it in a different setting,” he says.

“My routine was still the same at home, but I had so many changes and I found that hard. My life had changed so much and in some ways it hadn’t changed at all. I needed something big to conquer.

“I looked for a challenge out of the country. I wasn’t going to do that in Ireland. I needed to get away somewhere I didn’t know. I always wanted to do a cycle for an adventure if nothing else – and now I had a perfect reason.”

As he peddled sometimes into the unknown, there was never a time where he felt alone or in need.

“Spiritually, there wasn’t one moment where I was alone – the spirit drove me on and that was a wild important factor,” he says. 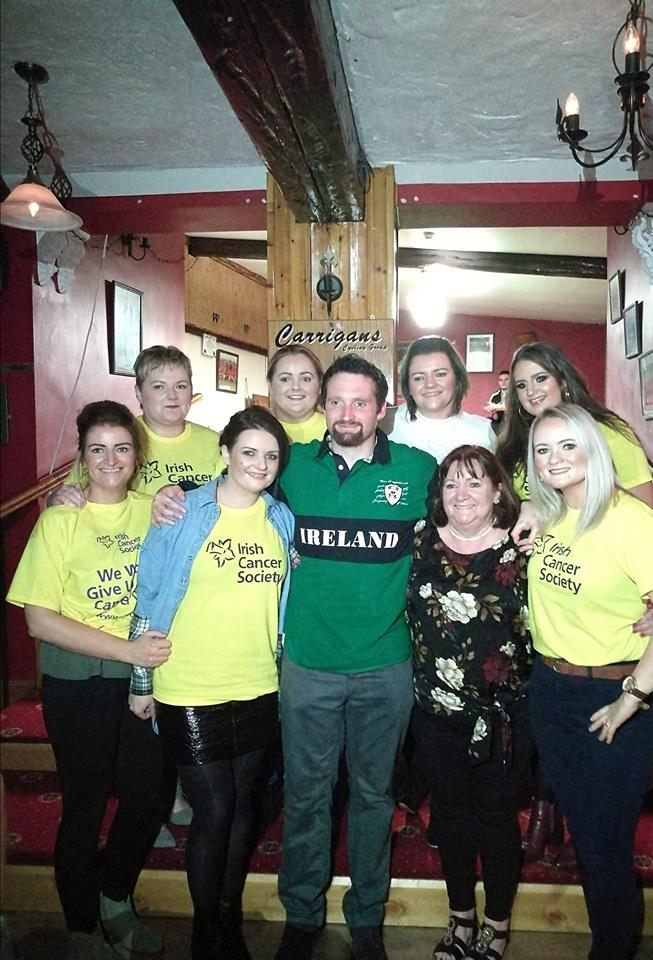 Raymond Peoples with his mother, Catherine, and his sisters, after his return home this week

It was at the start of June when Raymond decided to do a cycle.

The ferry crossing points made his decision easy.

His programme was initially scheduled to last ten days, but he got there in double-quick time.

His did between 45 and 68 miles each day; sometimes with only ‘a little water and two bars of chocolate’ for nourishment.

“It was a wild experience,” he says.

“Money and stuff like that wasn’t an issue. All that was in my head was getting a decent bite to eat and finding somewhere decent to lay my head at night.”

He managed to complete his challenge without a puncture of a problem with his bike.

One day, though, his battery ran out and he had to use old fashioned navigation skills to keep him on track.

The trip wasn’t without it’s obstacles.

“Traffic was fierce,” he says.

“Traffic was right down on my shoulder and I was hitting cats eyes getting pushed off the road at times. I took one wrong turn and was ten miles off course one day!

“It was very challenging and the weather, too: The rain was coming down on top of me days. It was more of a mental challenge. I took some detours and was on everything from rough terrain, mud lanes, rough roads and dual carriageways!” 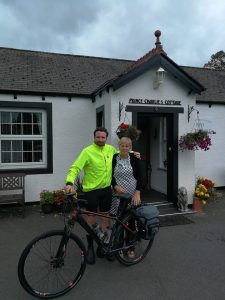 For most of the way, the people he encountered, complete strangers, were very supportive.

In New Galloway in Scotland alone, he raised €120 for his cause.

“People in the country areas were just interested in the story,” he says.

“I was having tea with people, chatting away to them. It happened in a few places where people were talking to me across the room, just interested in what I was doing.

“I met a lot of good people and some not so good. But it was the sheer experience that made it for me. Going into the unknown and looking forward to a new setting every day.

“It was a complete challenge, mentally and physically. I was going to places where I didn’t know anyone.”

It was certainly out of the comfort zone, but it was an experience that showed him he was right to remove himself from his ‘comfort zone’.

“I can’t believe how public it became,” says Raymond, who works in Foyle Meats in Carrigans by day and the Carrig Inn by night.

Edmond Peoples had been a noted musician and the outpouring of good will touched Raymond along the way.

“At the homecoming in the CarrIg Inn, some of my father’s old friends came down, people he used to play with,” he says. “Somme other people contacted me and mentioned the type of man he was and that I was doing it for him.” 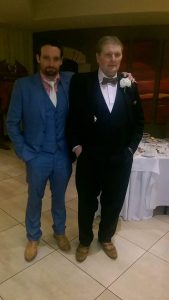 Raymond with his late father, Edmond

The only boy in a family of eight – including sisters Lisa, Caroline, Aisling, Andrea, Tracey, Chloe and Megan – Raymond was delighted to get back into the embrace of home again.

They, and his mother Catherine, were part of the big crowd to welcome him back home this week and to mark his achievements.

For Raymond, the journey brought fulfilment, peace and, perhaps a sense of reason again.

“For something that felt so wrong, it felt so fight then.

“I strongly believe that I was sent there to do it. I just needed some way of coping.

“The atmosphere has changed now. The negative energy and the burden, it’s not as dull now.

“The fact that I did it for my father…We maintain that he got me through each day and back in the one piece.”

The pieces, in his mind anyway, now together again.