Movie fans to flock to town with no cinema – for a film festival!

With the sand barely settled in the bunkers after the Dubai Duty-Free Irish Open, the focus in Ballyliffin, Co Donegal now turns to film, and the second outing of Disappear Here International Film Festival.

Ballyliffin seems an unlikely place for a film festival as it lacks one important amenity – a Cinema!

For the organising committee though, this is not simply a challenge but a welcome hurdle, as they are forced to find creative ways to bring award-winning Irish and International films to their audience across the weekend of 28-30th September 2018.

Three locations in the town are hosting special screenings of top films over three days in the Inishowen town. The event will see the return of Ireland’s mobile RoadHouse cinema, with a brand new 4K digital projector and state-of-the-art Dolby digital sound processor.

The 2018 festival programme has just been released online at www.disappearherefilmfest.com 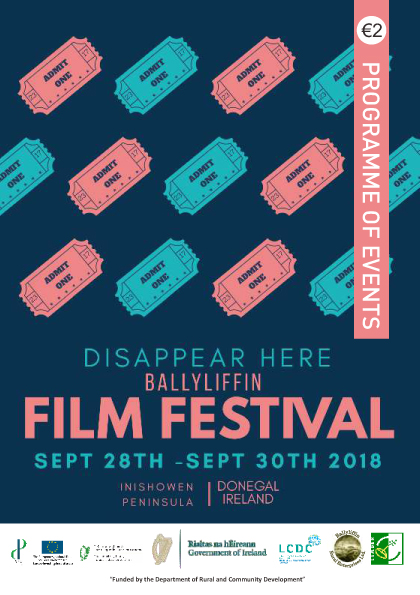 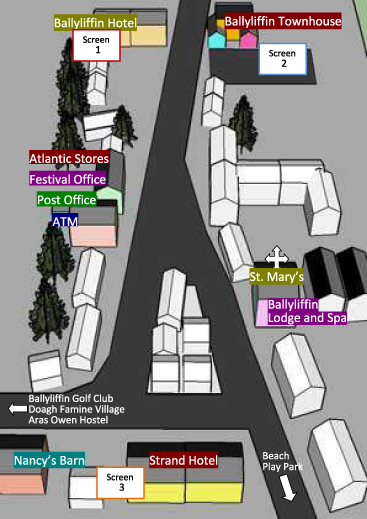 In 2017, Disappear Here set out their stall admirably with a number of Irish and International Premieres, and their focus on largely independent productions saw large crowds attending screenings and industry workshops over the weekend.

The festival’s opening film this year is BLACK 47, already the No.1 Irish film at the box office of 2018. 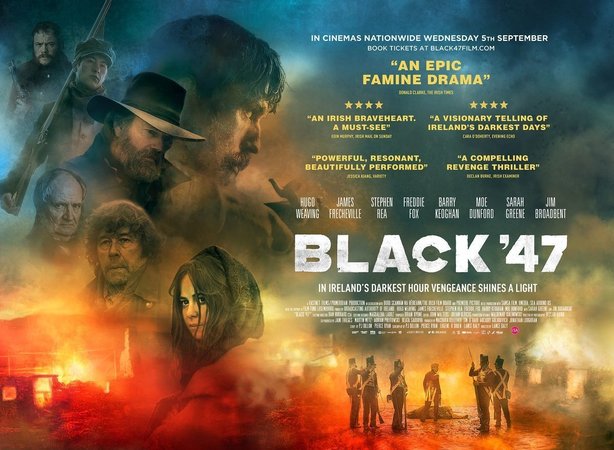 Other features include the Donegal premieres of  ‘Dublin Oldschool’, a hit indie film set in 1990’s rave culture in the capital, and also ‘Michael Inside’, a devastating and powerful film and winner of best Irish Feature at the Galway Film Fleadh.

Documentaries include ‘Shelter Me: Apollo House’ which chronicles the movement of artists and activists who took over a NAMA controlled office block in Dublin, and ‘i Dolours’ based on interviews with Dolours Price, a former member of the IRA and recorded by Boston University with strict conditions of a posthumous release.

The short film programme is particularly strong this year, with an additional two strands being added to accommodate the work submitted.

Workshops include a casting workshop for actors with leading Irish casting agency Ali Coffey Casting, and a full-day children’s environmental workshop and film screening. Panel discussions include “ Making Films in The North-West” with industry experts giving advice and support to emerging filmmakers in Donegal. Live Music will be included across the weekend at our festival club in Screen 1 at the Ballyliffin Hotel. 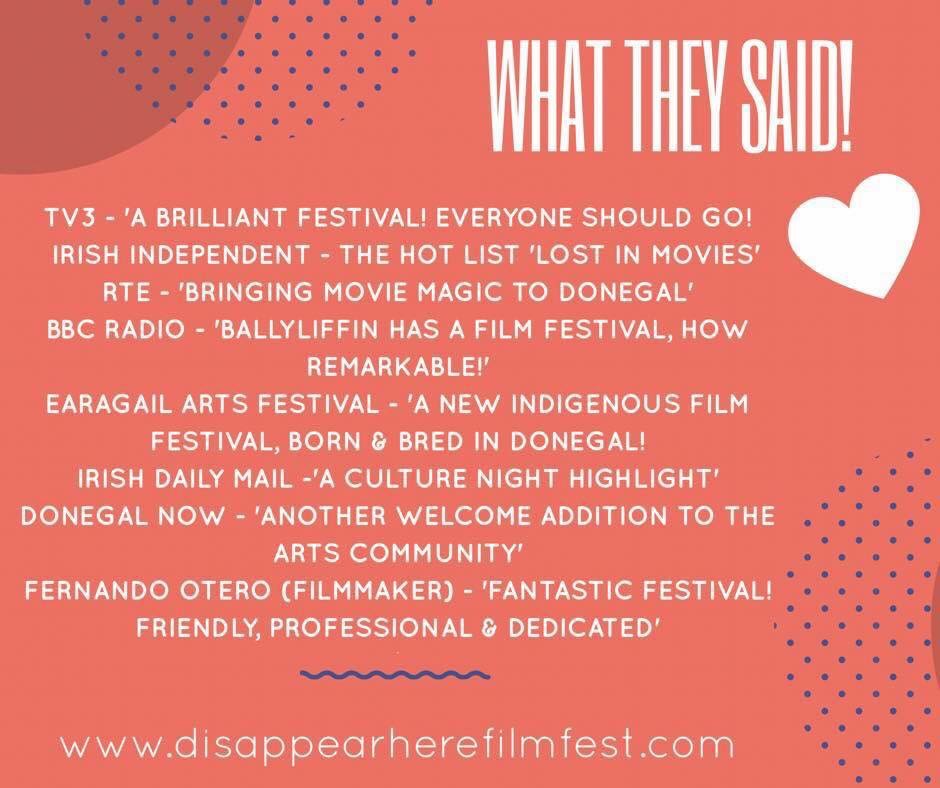 Festival Director Michael McLaughlin, “We far exceeded our goals and expectations in 2017, and this year we want to continue to wow audiences with our film programme and the calibre of our event. The vision has always been to offer indie filmmakers an outlet to have their work seen, but as a socially conscious festival we also want to shine a light on important issues at home and abroad, and foster awareness and social responsibility.

“All going well, Disappear Here, Ballyliffin Film Festival will continue to be an annual event, and our plan is to completely redefine the film festival format to include immersive screenings, music, art exhibitions, performance art, talks and panel discussions.

“The feedback from locals and visitors from abroad last year was overwhelmingly positive and its now up to us to build on that and ensure a high level of programming for our 2018 event.

“As always we are thankful to our local funding bodies,  Donegal County Council and the IDP and LEADER without whom this festival would not be possible,” McLaughlin said.

Get ready for three days of award winning films, many Donegal premieres, and prepare to immerse yourself in a world of entertainment, panel discussions and live music and conversations in the festival club afterwards.

Full programme and ticket details will be available from this Friday 21st September on www.disappearherefilmfest.com, or in hardcopy at local outlets.

Movie fans to flock to town with no cinema – for a film festival! was last modified: September 21st, 2018 by Rachel McLaughlin
Facebook0Tweet0LinkedIn0Print0
Tags:
BallyliffinDisappear Herefilm festival