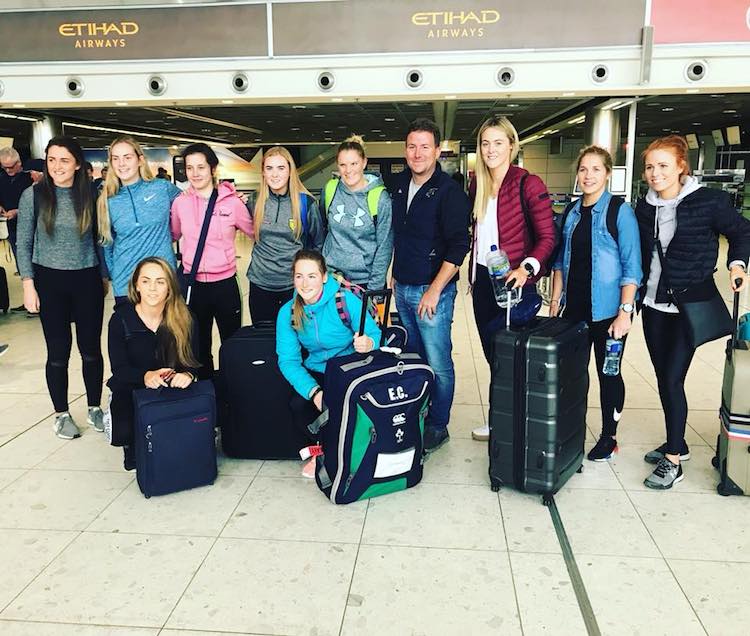 Two Donegal women on route Down Under for AFLW Rookie Camp

Donegal women Yvonne Bonner and Eimear Gallagher are on route to Melbourne for the Crosscoders AFLW International Rookie Camp.

The Donegal duo are among 11 Irish players selected for 18 camp places from well over 100 applications from all over the world.

The players go Melbourne this weekend for a week long International Rookie Camp – the first of its kind, where they will be put though their paces over an intensive schedule, all the while under the watchful eye of all attending AFLW clubs and at the end of the week Professional Rookie Contracts could be on offer

Glenfin and Donegal star Bonner will miss this Sunday’s Donegals senior ladies final against Moville as she is Down Under.

Red Hughs ace Gallagher is also on the plan to Oz.

Crosscoders co-founder Jason Hill said “Speaking with the AFLW clubs there is such intrigue into how International sports can transition into the sport and what skills can be adapted to give the clubs a competitive advantage in the 2019 season. I know I certainly cannot wait to see how this group performs!”

AFL Ireland Women’s Mike Currane, an Official Ambassador for Crosscoders, has been working with the Irish girls throughout the process over the last 8 weeks and is with the group that departed Dublin yesterday evening.

“It is extremely exciting for the players, with some potential life changing opportunities ahead, and a once in a lifetime experience in terms of the camp itself,” he said.

“I am thrilled that this many Irish girls have been selected and it is a sign of the level of talent that we have here in Ireland.

“I’ve no doubt this whole process will attract even more players to Women’s Aussie Rules here. All of the selected girls are fantastic athletes and I look forward to seeing how they go at the camp and to seeing some of them in AFLW 2019”