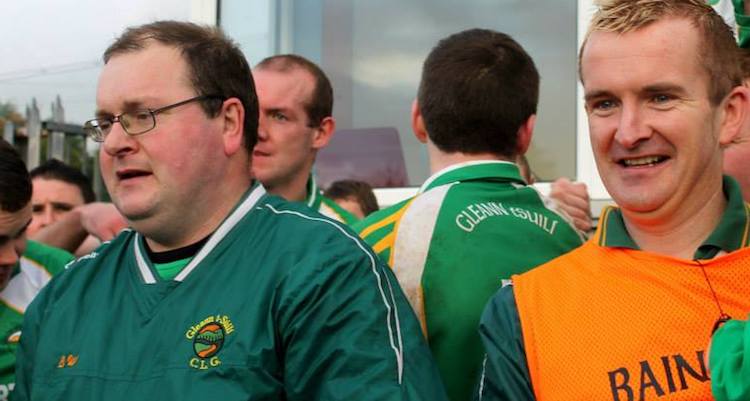 Listen: ‘We have a lot of work to do’, says Glenswilly boss Brendan Walsh

Brendan Walsh says Glenswilly ‘have a lot of work to do’ after what he called a ‘dog fight’ against Burt this evening.

Glenswilly are through to the quarter-finals – where a meeting with Four Masters awaits next weekend – after a 1-9 to 1-5 home win over Burt.

“Today was just a dogfight,” Walsh, pictured above with Gary McDaid, said.

“I thought we’d have kicked on after the goal, but Burt never lay down and kept coming at us.

“They battled all the way to the line and made it difficult for us. We had to spring Neil (Gallagher) and Brian (Farrelly) off the bench. It was that tight we had to send them on.

“When we needed the scores, we were able to pull it out at the end. We have a lot of work to do. We weren’t at the races in a lot of aspects of our game.”